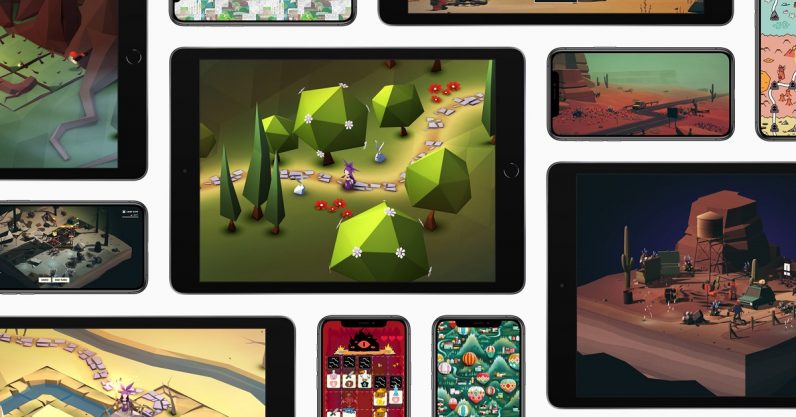 Apple‘s finally releasing Arcade, its gaming subscription service, later this week. One of the things it’s hyped up in the run-up to the release has been the sheer variety of games on offer.

It’s a cunning strategy: most of the gaming store wars thus far have pivoted on the number of familiar titles exclusive to the platform. While Arcade may not have a huge number of familiar names, it has enough to attract serious attention, and many of the original indies are getting an exceptional amount of attention from their Apple landlords.

So before Arcade launches later this week, here’s a quick rundown of the kinds of games you can expect.

Arcade does have some recognizable franchise names, though in fairness it only advertises them as much as it does the new indies. During its big event last week, Apple showcased a mobile version of one of gaming’s all-time classics: Frogger in Toytown, a colorful highway-crossing game starring the original roadkill.

Other similar names include Sonic Racing, starring everyone’s favorite bipedal hedgehog; Pac-Man Party Royale, which features a Pac-Man vs Pac-Man battle mode; Ubisoft’s Rayman Mini, officially revealed earlier today; and Shantae and the Seven Sirens, which won’t be exclusive to Arcade but which looks like great fun regardless.

There are a few games that are sequels or spin-offs to popular games of years past. For example, Devolver has made Exit the Gungeon, an offshoot of its popular roguelike shooter. Arcade will also get the cyberpunk Beyond a Steel Sky, a sequel to the classic 90s point-and-click adventure game Beneath a Steel Sky.

From the people who brought you…

Other games are original concepts, but have some familiar names making them. One of the most prolific, thus far, is Annapurna Interactive, the company behind Florence and What Remains of Edith Finch. They’re bringing at least three games to Arcade, including musical adventure The Artful Escape, laser motorcycle musical endless runner Sayonara Wild Hearts, and The Pathless, a collaboration with Giant Squid and apparently a follow-up to the latter’s ocean opera, Abzû.

Some big-name companies are also launching some projects on Arcade — the most notable, in my opinion, being Various Daylife, a new turn-based RPG from Square Enix. Capcom is also behind Shinsekai Deep Sea, a platformer that takes place on the ocean floor.

The saint you don’t

That’s not to say Arcade is coasting on name recognition. On the contrary, several of its games are from relative unknowns. But several of those games are getting spotlight attention from Apple — today they issued a press release highlighting games from indie developers, which has at least made me absurdly excited for post-apocalyptic road trip game Overland.

Of the games seen so far, my favorite is Hot Lava, a take on the classic children’s game from Klei Entertainment that’s been in the works since 2019. Another cool title is Jenny LeClue, a mystery adventure game starring the titular kid sleuth.

So far, only about 50 games have been named as part of Apple‘s starting lineup. But Apple have claimed that we’ll be getting over 100 games at launch, meaning there are a number of surprises in store for us come launch day. And so far, what we’ve seen has a pretty wide slate to appeal to myriad tastes.