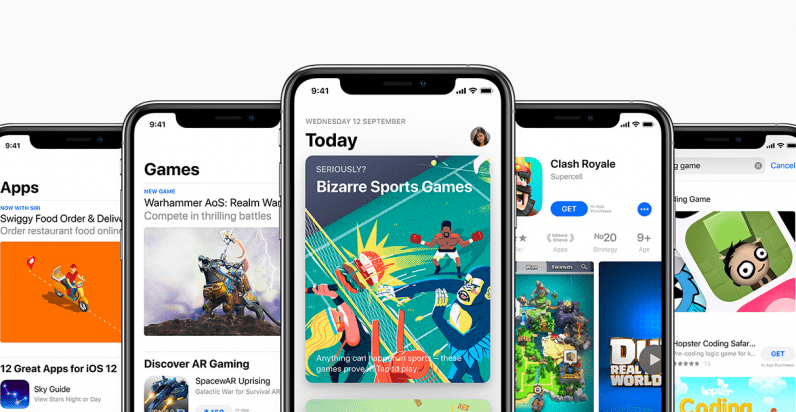 Apple has revised its App Store Review Guidelines with regards to kids’ apps, and its upcoming Sign in with Apple authentication feature.

Its guidelines have now been updated to state that, in limited cases, third-party analytics may be permitted in kids apps — provided that the services do not collect or transmit any identifiable information about children, such as their name, date of birth, email address, location, or unique device identifier.

While Apple explicitly forbids developers from collecting any device or network information that could be used directly or combined with other information to identify users and their devices, it’s permitting third-party advertising on the condition that the services have publicly documented policies for Kids Category apps.

Newly submitted kids apps are expected to follow the new guidelines with immediate effect, while existing apps will have time till March 3, 2020 to ensure compliance.

With these changes, Apple is attempting to reach a middle ground that allows developers on the platform to flourish with expanded avenues for monetization, while also ensuring children’s digital privacy and safety to a certain extent.

The development also comes close on the heels of YouTube’s $170 million fine for violating the Children’s Online Privacy Protection Act (COPPA). In response, the company has instituted an explicit ban on violent or “mature” videos targeting children, in addition to getting rid of targeted ads on children’s videos.

In a similar development, Apple has clarified its policy around single sign-on (SSO) feature. Sign in with Apple, as it’s called, lets users sign in without providing any personal information like email addresses to third-parties.

The company has said the SSO option won’t be required in an app in the following cases:

Starting today, new apps submitted to the App Store that don’t meet any of the above requirements must offer Sign in with Apple to users. Existing apps will have until April 2020 to be fully compliant.

The tech giant said it made the updates in response to its conversations with developers, analytics companies, and advertising services, according to TechCrunch.

In June, Apple took a very strong stance for apps catering to the kids category by prohibiting all kinds of third-party ads or analytics and data transmission to third-parties. But app developers voiced concerns that the practice could jeopardize their businesses, forcing Apple to accommodate the changes.

Apple has been increasingly feeling the heat from regulators in recent months, putting its data privacy goals at odds with running a tightly controlled App Store.

Democrat senator and presidential candidate Elizabeth Warren, in an interview with The Verge earlier this year, called for a break up of Apple from its App Store: “Either they run the platform or they play in the store. They don’t get to do both at the same time.”

Read next: 11 ways novices can start the process of learning AI programming