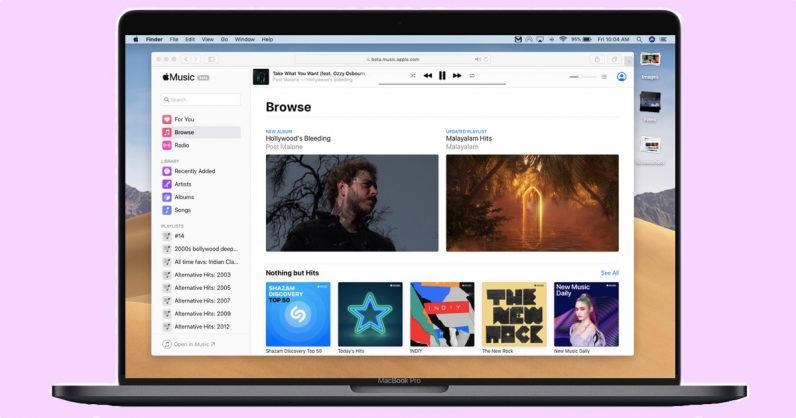 Almost four years after its launch, Apple has finally launched a web player for its streaming service,Apple Music. The web version is currently in beta and available to everyone across the world.

This isn’t yet a stable release, but it does include almost all of the service’s features. You can access your library, playlists, and For You sections. Just like in the app, you can search for songs, play online radio stations, and check out new releases in the Browse section. However, you can’t download songs for offline usage.

Till the end of last year, there was no way to access Apple Music on the web. However, a bunch of clever developers cooked up a web interface earlier this year. It’s hard to understand why the company took so long to launch an official version – but hey, it’s (nearly) here now.

Apple says it’ll soon allow users to sign up for the service from the web client as well.

Check out Apple Music for the web right now by visiting beta.music.apple.com.

Read next: Google has a new Tinder-style interface for finding stuff to watch, here's how to use it