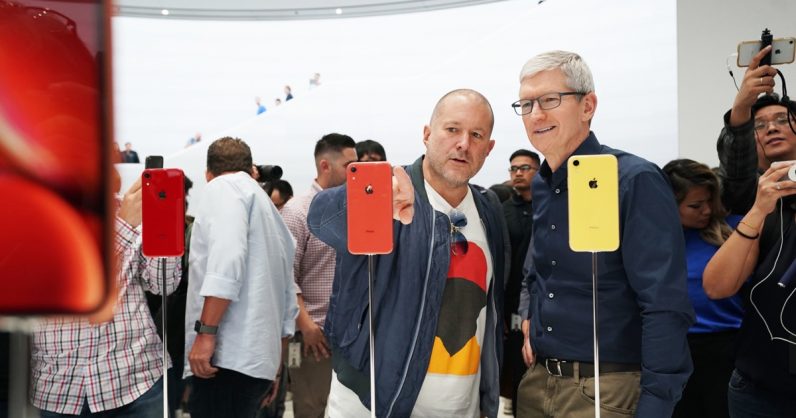 After Jony Ive’s departure from Apple last week, the Wall Street Journal yesterday reported that he left Apple because of top management and CEO Tim Cook‘s decreasing interest in design. Now, Cook has slammed the report saying the story is ‘absurd’ and it shows a lack of understanding about how the design team works at Apple.

The Apple CEO sent an email to NBC’s reporter Dylan Byers, and explained that the conclusions from WSJ’s report “don’t match reality.” He also added that he’s confident that the design team will thrive under Jeff Williams, Evans Hankey, and Alan Dye’s leadership, and deliver projects that’ll “blow you away.”

Exclusive: In scathing email, Apple CEO Tim Cook tells me the @WSJ report about Jony Ive’s departure — and his frustration with Cook’s alleged lack of interest in design — is “absurd.” Says reporting and conclusions "don’t match with reality.”

But people in the design studio rarely saw Mr. Cook, who they say showed little interest in the product development process—a fact that dispirited Mr. Ive.

The report also notes that Ive grew distant in recent years and provided little feedback on new products and designs.

Even after leaving Apple, the knighted designer’s shadow will loom large at the company as his new design firm, LoveFrom, has agreed to work with the iPhone maker on a contractual basis. Given how Apple works on products for years before they hit the market, Ive and Cook already have some idea about which direction the company‘s industrial design will go.

It’s possible that Ive felt distanced from Apple’s core focus, as the company shifted towards building services in recent years. He was likely closer to late CEO Steve Jobs, than the arguably less idealistic Cook – and that might be why we haven’t seen his efforts come through lately.

Ive’s designs are not going away anytime soon, but Cook’s letter to NBC indicates that Apple’s ready for an era of powerful teams within the firm, rather than singular superstars.