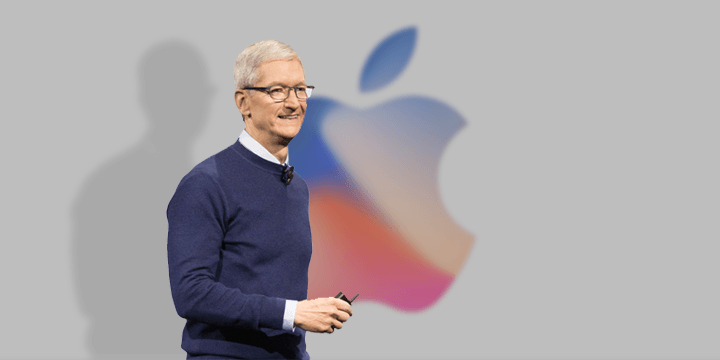 Apple recently scored the hottest free agent in AI when it managed to lure Ian “The GANfather” Goodfellow away from his highly-salaried perch at Google. His hiring indicates Apple’s placing a higher priority on machine learning technology. And it may tell us a little about the Cupertino company’s next big product.

What’s a GAN? Read our primer on neural networks to learn more.

Little is currently known about the circumstances surrounding Goodfellow’s move from Google, where he worked twice with a stint at OpenAI in between, to Apple. Neither company, to the best of our knowledge, has publicly commented on the matter. Goodfellow confirmed the move on LinkedIn last week, updating his page to reflect he’s now a “Director of Machine Learning in the Special Projects Group” at Apple. So what’s he doing there?

A safe bet would be to say he’s building a better autonomous vehicle. And probably not your run-of-the-mill Tesla-Autopilot-type either. We know Apple is almost certainly still working on “Project Titan,” but it wouldn’t need Goodfellow to complete the development of a self-driving van. Could Apple be bringing on the big guns to create the next generation of autonomous vehicles, one that comes with Batmobile-ish summoning features?

The answer is definitely: yes, it could be. Goodfellow’s particular expertise lends itself nicely to the development of a vehicle that acts more like a servant than a tool. Remember those A11 and A12 Bionic chips Apple uses to shoehorn localized machine learning on iPhone and iPad? They’ll probably come in handy as a way of turning your Apple device into a key-fob for driverless cars.

Based on recent patent filings, the recent shake up at Apple‘s Special Projects division, and Goodfellow’s hiring, there’s a better than average chance he’s there to take Project Titan from testing phase to implementation phase. Since all we have at this point is speculation, it seems the best guess is that somewhere between 2020 and 2025 we’ll see Tim Cook (or whoever is at the helm) unveil the iPhone of autonomous vehicles.

The general consensus in the Apple rumors community seems to be that Project Titan will be a ride-sharing service. One scenario involves the creation of city-wide autonomous vehicle networks that Apple customers can summon at dirt cheap prices (you don’t have to pay a driverless car a salary). If you can imagine Uber or Lyft at much cheaper prices, and automatically integrated securely in Apple devices, you can see how this could be a big deal.

Apple sometimes zigs when you think it’s going to zag. For example, Air Pods are a surprise hit and most of us didn’t see that coming. Maybe a fully autonomous vehicle that you can summon like the Batmobile is too obvious to merit a “but there’s just one more thing…” announcement. In that vein, Goodfellow could be there for AR/VR instead.

Apple is a big player in the AR scene, which means it also has at least some interest in the VR space. Goodfellow’s GANs (and, other areas of expertise) could certainly help create a better AR experience. Whether this would translate into hardware like Apple Glasses, a headset, or a new software experience is anyone’s guess. But it’s at least somewhat likely that AR is the next big thing from Apple.

Maybe he’s there to work on Apple Watch, another product developed by the Special Projects group. This sounds a bit boring until you remember that Apple Watch is currently saving people’s lives. Goodfellow’s work at the cutting edge of deep learning research could aid in the development of additional health and wellness functionality for the Apple Watch. Helping people live longer, healthier lives is a pretty good source of job satisfaction – especially if you just happen to be leaving a company that’s had an ethically problematic last couple of years.

And, of course, there’s the possibility he’s a part of a package Apple‘s putting together to develop something ground-breaking in its photography vertical. The iPhone is in a constant battle with top-tier flagships like Google’s Pixel to win the coveted best smartphone for picture-taking crown. Goodfellow’s GANs could potentially perform some revolutionary tricks with a decent camera and the iPhone’s Bionic chips.

Either way, if you weren’t paying attention to Apple‘s AI department before now’s the time to start. Ian Goodfellow joins Google’s former head of Search and AI, John Giarddianna, along with several other former Googlers at Apple.