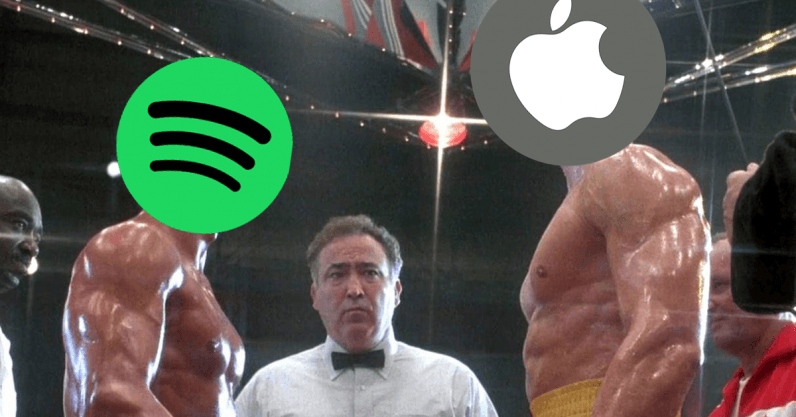 Earlier this week, Spotify filed an antitrust complaint with the European Commission against Apple, claiming that the company – which runs the App Store for iOS software – treats rivals to its own services unfairly, with a range of restrictions and demands.

Naturally, with more than 200 million users worldwide, Spotify was able to get Apple’s attention. The iPhone maker has since responded with a scathing statement that made Spotify look stupid, and a touch deceitful. At the same time, Spotify makes some good points, and it’s awfully hard to pick a side (though you absolutely don’t have to). Here’s why.

Let’s quickly recap Spotify’s bones of contemption. It said that Apple demands a 30-percent cut of revenue earned through in-app purchases – and that Apple Music isn’t subject to that, which is unfair.

Spotify also noted that it wasn’t allowed to direct its users to a web page so they could upgrade from its free plan to a paid subscription. As Ars Technica noted, Apple admitted in 2016 that it blocked the music service from doing so, because it believed this was a measure intended to circumvent Apple’s revenue cut from in-app purchases.

In addition, Spotify says it’s not allowed to contact its customers directly if it chooses an alternative payment system. The company also noted that it had issues making its app available on the Apple Watch and the HomePod smart speaker.

Apple hit back with several points, the most notable being that while it does demand a 30-percent revenue share for apps hawking digital goods and services, that only applies to the first year of doing business on the App Store. It’s halved after that, which implies Spotify is only paying Apple a 15-percent cut of its subscription revenue. It’s also worth noting that Spotify raised its price by 30 percent, which meant that customers had to absorb the ‘Apple tax.’

Next, Apple said that it reviewed Spotify‘s Watch app just as quickly as it did with any other submission in 2018, and that the app is now the most popular one for its wearable in the Music category. It also said that Spotify has been slow to add support for Siri and AirPlay 2 at its end, so any delays on that front are on the streaming music company.

It seems like both companies have strong arguments. As Ars Technica noted, EU regulators regulators may well favor Spotify in this instance, as Apple’s rules can be read as anticompetitive – particularly when you consider the fact that Apple not only runs the App Store, but also a rival streaming music service.

However, it’s worth noting that Netflix, one of the most prominent players in the streaming media space, has managed just fine without all this drama. Last December, it removed the option for iOS users worldwide to sign up or renew their subscriptions via an in-app purchase. Instead, viewers have to register for paid plans on the company’s mobile or desktop site. The same goes for Amazon: the ecommerce giant doesn’t let you subscribe to its Prime service through its iOS app, and you can’t buy ebooks through its Kindle app for the platform.

Lastly, Spotify has been paying this ‘Apple tax’ since 2011 – so why kick up a fuss now? The timing is notable, because Apple is slated to launch a streaming media service later this month; we don’t have all the details yet, but the company was previously reported to have had plans for a package deal which bundled video (including original content), music, and news together.

These are undeniably not the best conditions for Spotify to run its business, and it’s easy to see why the company wants regulators to step in and compel Apple to tweak its terms of service.

But in complaining to the European Commission, it fails to consider the fact that the App Store wasn’t built in a day, and neither was the massive user base of iPad and iPhone owners. It’s understandable that Apple charges a premium price of admission for access to an audience that’s ready to spend more on its products than the wide range of cheaper alternatives – and may therefore have a higher propensity to shell out money for digital goods and services.

With all that in mind, whose side are you on? Let us know in the comments, and stay tuned to TNW for updates on this case.

Who are you siding with in the Spotify-Apple antitrust war?

H/T to Shira Ovide for insights.

Read next: TNW2019 Daily: Our conference is your canvas