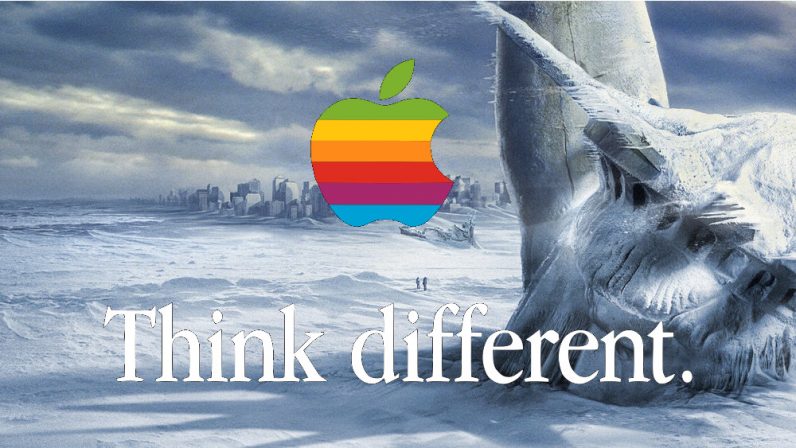 In a recently-published report, the iconic tech firm suggested that safety features like “SOS,” which connects iPhone and Apple Watch users with the emergency services, could spur “increased customer loyalty and demand” in the face of catastrophic weather events.

Apple also touts other potential life-saving features of its phones, including its built-in flashlight and Wireless Emergency Alerts.

“Over the past few years, for example, we enabled iPhone to receive Wireless Emergency Alerts, including alerts from the National Weather Service and local law enforcement. These alerts also appear on Apple Watch. We also offer a free ‘find friends’ app, and a fast-access flashlight,” the company wrote.

It also said it’s well-positioned to benefit from any new power-efficiency rules, which could be introduced as governments grapple with their carbon footprint. Apple reckons this could boost sales by up to $2.3 billion.

You can read the full analysis here. Although penned by Cupertino, the report was published by CDP, which is a non-profit dedicated to quizzing companies about their environmental impact.

As Business Insider points out, Apple is one of many large institutions to submit similar reports to CDP. Those famous names include Walt Disney Co and Bank of America.

And for what it’s worth, it’s not all good news. Apple identifies several climate-related risks to its business, including potential risks to the infrastructure it needs to manufacture and sell its products. This, it reckons, could cost the company $300 million to cope.

It’s a fair concern. Catastrophic weather events can wreak havoc with supply chains. Off the top of my head, the best example I can think of is the 2011 Thailand floods, which caused a global shortage of hard disk drives (HDDs).

The company also pointed out that being environmentally aware was crucial for its reputation. It worries that if perceived otherwise, it could “reduce people’s inclination to purchase from, invest in, or work for Apple.”

If Apple is truly concerned about its environmental credentials, may I humbly suggest it starts making it easier for punters to repair their laptops? The current crop of MacBook Pros, for example, have an iFixit repairability score of 1.

Making it easier for consumers and technicians alike to repair and recycle busted devices could drastically lower the company’s electronic waste footprint, which is a major environmental hazard that primarily impacts those living in the third world.

Read next: Why you should care about CERN’s new and BIGGER particle collider