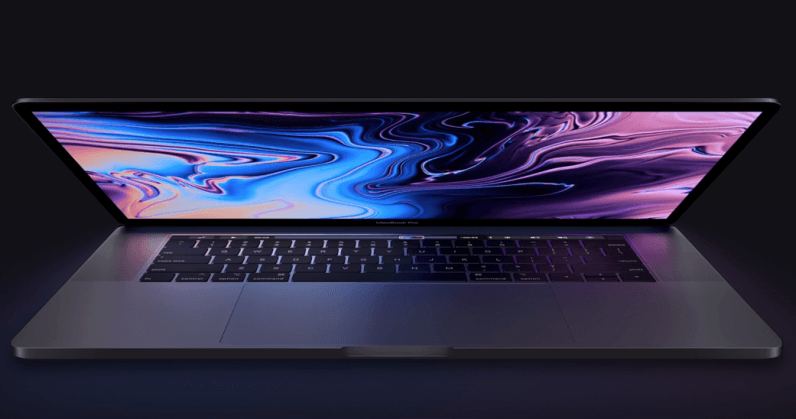 It’s time to give credit where it’s due. Today’s MacBook Pro announcement, for the first time in years, made me excited again to be an Apple fan.

Apple has always made great phones. The iPad is arguably the best tablet on the market. Apple Watch is, um, the best of a series of wearables without true utility outside of fitness tracking. And then there’s “Magic” accessories like the mouse, trackpad or keyboard. Each offers exceptional integration and a sort of cult love that make it hard to use anything else once you’ve become accustomed to one.

But when it came to selling laptop and desktop PCs, it’s been harder, in recent years, to make the argument that there was any value in buying an Apple product; there were few customization options, even the higher-end models lacked the performance of their cheaper counterparts, and unless you were tightly integrated into the Apple ecosystem upgrading from a still functional three or four-year-old model just didn’t make a lot of sense, performance-wise.

You just weren’t likely to notice that big of a difference.

But that all started to change last year. The summer of 2017 brought several new products: a new iMac Pro, a stellar tablet offering (that’s easily the best I’ve ever touched) in the 10.5 inch iPad Pro, and the announcement of a modular powerhouse in the works, the Mac Pro.

Today Apple built on that momentum. For the same price as last year’s lineup, we’ll see monstrous performance upgrades that promise up to 70 percent more horsepower than previous hardware. And that’s only if you elect one of Intel’s eight-generation i5 or i7 processors. Or, you could kick it up another notch entirely if you elect to splurge on the beastly six-core i9 with an unheard of (in a Mac) 4.8GHz clock speed (using turbo boost).

It’s not just the processor, or the fact that we, as Apple fans, have access to a number of configuration options. Nearly everything got a significant performance bump, or at least the option to upgrade to one.

The switch to DDR4 chips allows buyers an a 32GB upgrade if 16GB of RAM isn’t quite enough. There’s the new AMD Radeon Pro chip with 4GB of video memory. Or, for the digital hoarders among us, a nice storage bump with capacity of both the 13- and 15-inch offerings doubling to 2TB or 4TB, respectively.

Saying I disagree with my colleague Callum’s assessment that today’s announcement was “underwhelming” would be an understatement.For me, the announcements were proof that Apple was once again taking its problems with pro-level users seriously.

And that’s a good thing.

For years, few outside of the TNW team would have believed I’ve been an Apple fanboy for at least the past decade. My coverage of the company had grown so cynical that I’d been accused, laughably, of being a paid Microsoft shill — it’s worth mentioning that I don’t own a device that runs Windows.

I mean, I get it. It’s hard to see that I’ve been secretly rooting for Apple all this time while growing increasingly disillusioned with the company for a myriad of reasons both personal and professional. I’ve raised the issue of slow update cycles, security issues, and got roasted by readers (and Jon Gruber from Daring Fireball) after wondering whether Apple was becoming the old Microsoft (while Microsoft was becoming the new Apple).

I even attempted a clean split last year, trading in my iPhone for a Pixel 2 and my MacBook Pro and iMac for a custom built PC. Unfortunately, I never quite reached the level of familiarity with either device that I had with my previous Apple hardware. I sold both a couple of months in and moved back, begrudgingly, to Apple products.

But if the last two years have taught us anything, it’s that Apple is listening. MacBook Pros aren’t first machines with these specs, of course, or even the most powerful offering in their respective price ranges, but it certainly proves change is afoot. Apple is once again indulging its pro-level customers (without ignoring consumers).

And to be quite honest, I couldn’t be happier. Welcome back, Apple.

Read next: A 100-rapper Fortnite Rap Battle Royale now exists -- and it's glorious