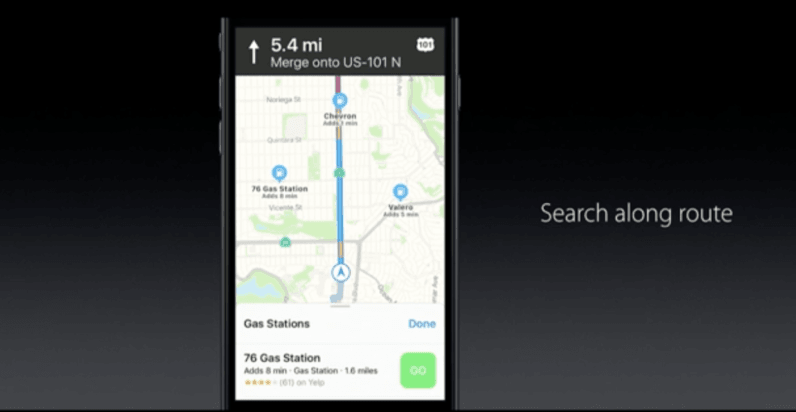 Early today, Apple Maps went down for everyone. The outages lasted for a few hours, meaning there were probably at least few people lost out there. For those poor souls, we ask one question: why on earth are you still using Apple Maps?

No really, I’m genuinely curious. Google Maps is free, more detailed, and you don’t even have to be logged into a Google account to use it. It’ll also tell you how to find a good burger joint in any given city — I don’t understand what more you could ever want. Waze is also available.

The outage was first reported by 9to5Mac. Users who searched for directions anywhere would get the response “No results found.” The issue has since been resolved.

Granted, Apple Maps has improved a bit since its disastrous launch in 2012 — check the Amazing iOS 6 Maps Tumblr if you wanna have some painful flashbacks to the state of the app when it was first introduced. I still remember it trying to direct my family into a Florida swamp on a drive to Disney World.

I don’t know about the rest of you, but my first instinct when I buy a new Apple device is to delete Maps. Back in the day, we may have had to put up with the fact that any map-related actions opened Maps by default. But ever since iOS 10 added the ability to delete Apple’s default apps, that little speedbump would seem to have been removed.

I suppose there might be some of you using CarPlay — currently Apple Maps is the only maps software which works with it. If that’s the case, don’t lose hope: one of the updates promised in iOS 12 is the ability to use third-party navigation apps with CarPlay.

But for those of you forced to download Google Maps during the outage… Welcome to the light side, young Jedi. You won’t regret this. This darned thing will give you a dating-app match percentage for a restaurant. No really, it’s a thing. And for those of you on Waze, you can record navigation instructions in your own voice.