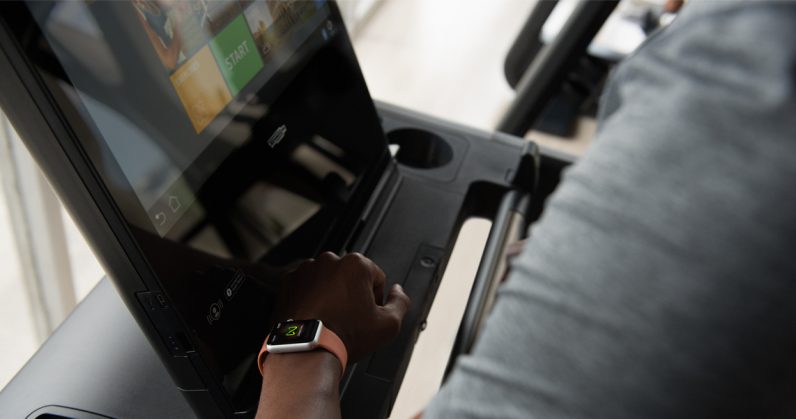 Back in June, Apple talked up GymKit for Apple Watch, a feature that would let you sync performance data from exercise machines with your wearable. With the release of watchOS 4.1 today, it’s now available for users to play with.

With the latest version of the software platform, your Apple Watch will use NFC to connect to supported fitness machines and beam data between the two – allowing you to not only grab stats like the number of stairs you’ve climbed from a machine, but also display information stored on your Watch on the exercise machine’s screen – as well as automating things like calorie counts, since your Watch can share your height and weight.

That could add some extra incentive for people to work out in the gym, instead of only engaging in cardio training that the Watch can track on its own (like running and walking). CNET noted that it worked fine in its testing, and even allowed for syncing ongoing workout data midway through exercise routines.

The challenge, of course, is to get more fitness machines to play nice with the Apple Watch. Right now, there’s literally just a single gym – Life Time Athletic at Sky in New York City – that has machines with the necessary tech for syncing. But 130 more Life Time gyms will get on board next year, as well as some facilities run by Equinox in NYC, and five managed by Fitness First in Australia.

GymKit could certainly come in handy for those who are fastidious about tracking all their workouts; while I’m keen to stay on track with my exercise routine, my wearable fitness trackers don’t help much because they don’t let me sync or input data from the machines I use at the gym.

Of course, the emergence of this feature could mean that we’ll soon see fragmentation in gyms, between machines that support watchOS, and those that work with Android Wear. Sigh.