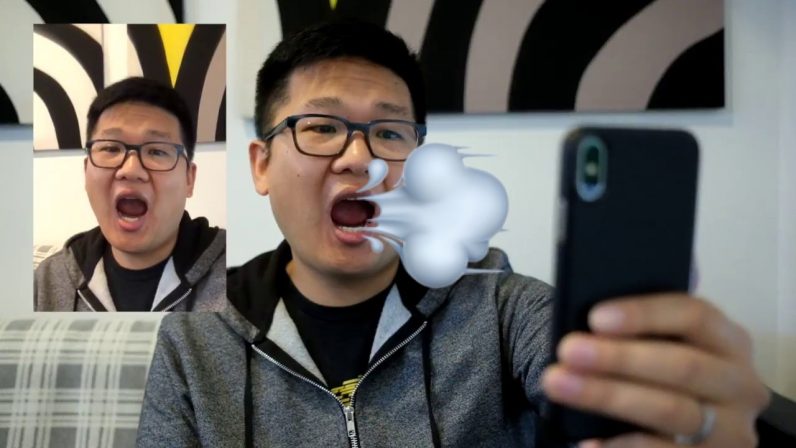 “If you’ve ever heard of ‘hello world’ as the simplest program you can possibly write in any language, I like to write the ‘hello world’ but with farts for any new technology.” And thus, iOS developer Hung Truong created the first Face ID-powered fart app for Apple’s flagship anniversary phone. Behold:

Truong is a prolific developer of fart apps. Over email, he told me that his “intention in writing the fart app is basically that whenever I come across a new technology I think it’s fun to mess with expectations and do something completely useless with it. I think it started when I wrote a fart app for Google Glass and kind of kept snowballing as I wrote fart apps for the Apple Watch and the Macbook Pro Touch Bar.”

His experiences in programming virtual flatulence even led him to write a guide for other prospective fart app developers: On Writing Successful Fart Apps. In it, he postulates that fart apps are the simplest non-trivial app you can write for any new platform, because “it touches the UI, the file system and whatever mechanism there is for playing an audio file.”

In other words, a great way to learn the basics of programming for different platforms.

Truong also responds to critics of his earlier work. “Some people take themselves way too seriously to enjoy a good fart app,” he writes about commenters who focus on perceived immaturity, cutting them off with a double whammy of rhetorical questions: “Is it just the subject matter that makes the project immature and pathetic? Like, would a British PM Soundboard be any more appropriate?”

His guide continues with some more practical pointers for aspiring creators. “First off, you need to actually be the first to market on the fart app scene as interest will surely wane as the second, third, fourth, etc fart apps written for the technology are released. Unless you add something really cool, like actual fart smells in addition to sounds, then you probably wanna rush your fart app to market,” Get it out quick.

“Second, you’ll need to market your app with some kind of video,” especially when creating apps for hardware that very few people have, like Google Glass or the iPhone X. “You can assume that no one will have the hardware or be interested in installing your app, so just make a video! In my experience, it helps if you mumble a lot.”

The last tip is that you should share your code on Github with a generous license. “Your app won’t be worth anything anyway, so you might as well share it,” Truong knowingly adds.

In line with his philosophy, his iPhone X app FacefARt, works with the cutting-edge TrueDepth front-facing camera and ARKit to make the user’s face fart when they open their mouth. According to his own Github, it’s “The world’s most advanced fart app. Ever.” Which might just be true.

Despite his extensive work in the space, Truong remains laudably modest: “I guess I like to think of myself as someone who inspires people to try out new technologies.”