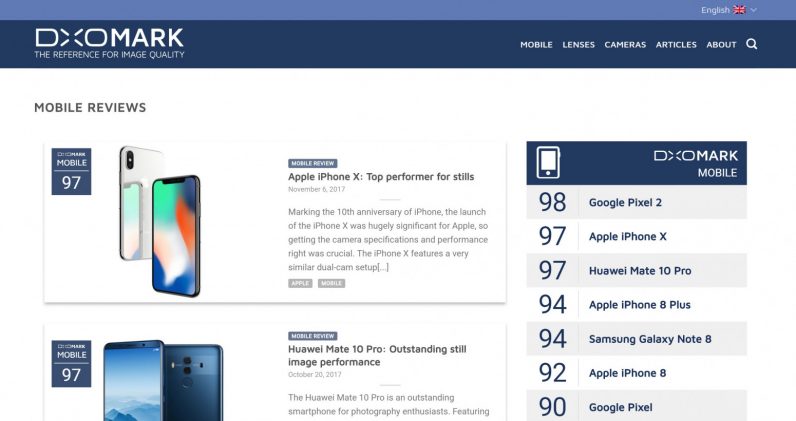 DxOmark does some of the most technically thorough camera tests out there, even if some of its scoring ends up being subjective. That, said, it’s worth mentioning each score can be broken down further, and it’s worth looking at the full picture to compare how the devices perform in the categories you most care about. 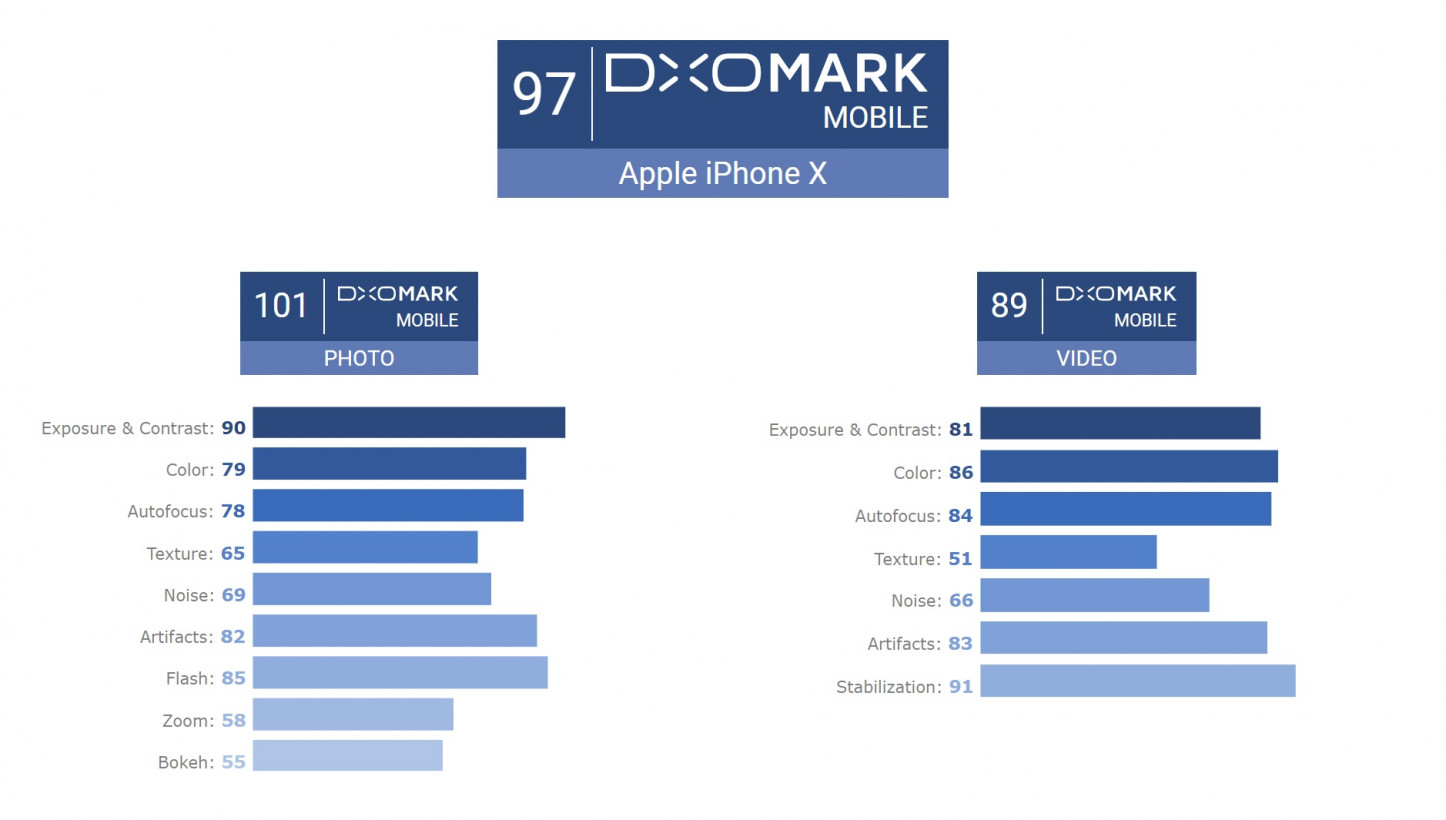 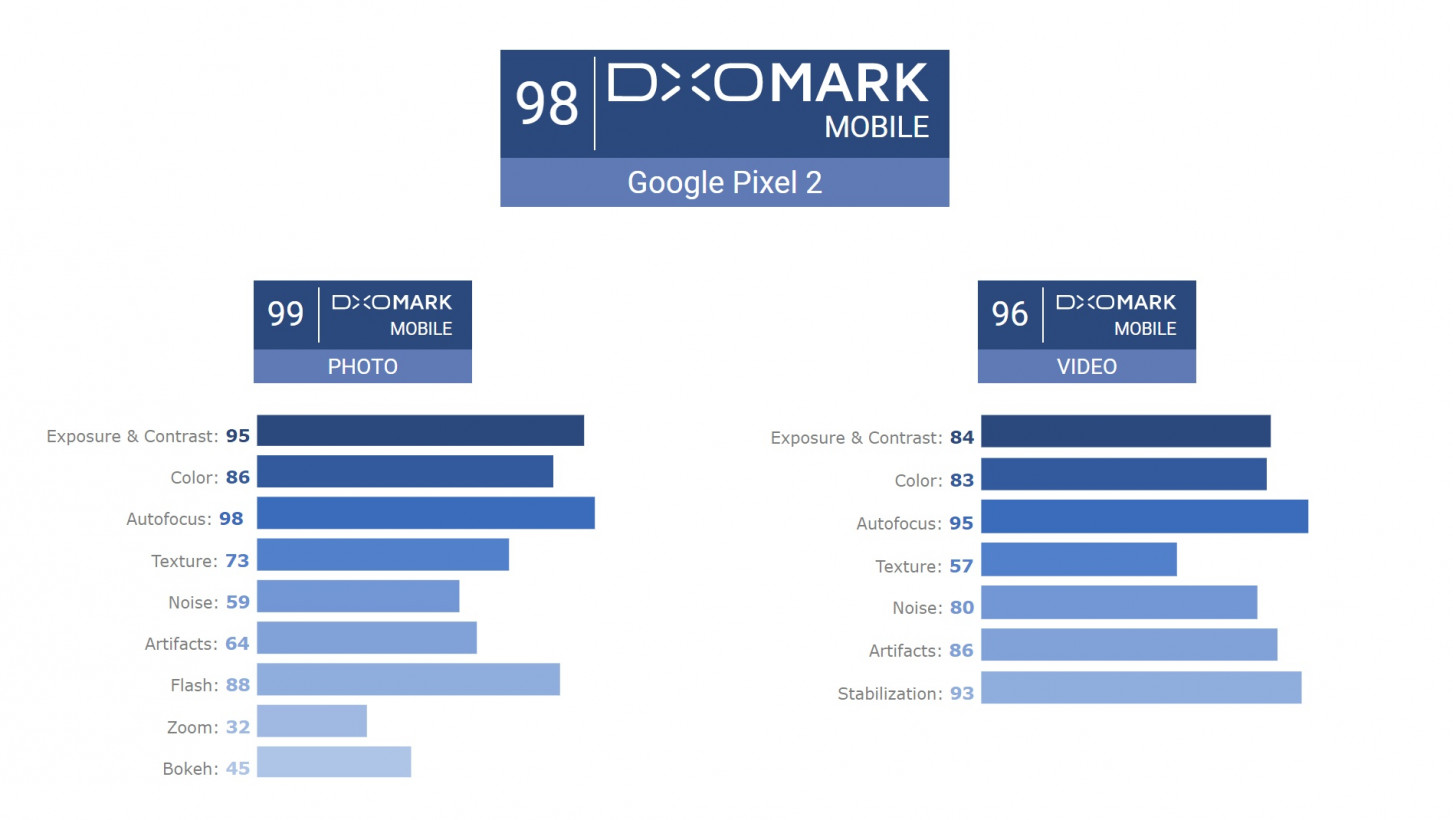 For example, although the Pixel 2 loses in the overall photo subscore, it ‘wins’ the exposure, contrast, and color. Meanwhile, the iPhone X emerges victorious in the noise, zoom, and bokeh categories. It makes sense; after all, the iPhone X beats the iPhone 8 (which scored a 94), despite having the same primary camera. The former simply has a better telephoto lens.

Of course, much of these scores are subjective anyway. As always, your impression of the final images themselves matter far more than any numerical score, but if there’s one thing DxOMark tells us, it’s that the smartphone camera race is closer than over.

Read next: NHS now lets you talk to a doctor through a video call