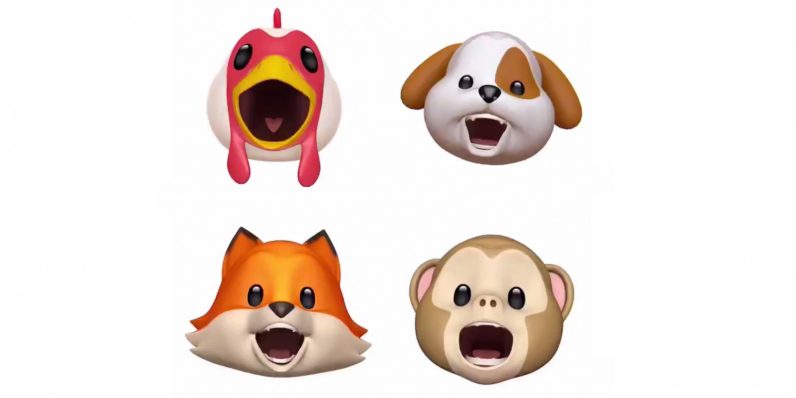 On iPhone release day, I expected long lines. Check. I expected hardware and/or software problems. We got them. I expected those lucky enough to snag a phone after waiting in line for hours to show off their new $1,000 investment.

What I didn’t expect, was this:

Ok, so to celebrate the arrival of iPhone X, here’s some Animoji Karaoke inspired by @harrymccracken 🎤🦊🐶🐔🐵 pic.twitter.com/wmJAZRoJfk

Animoji, in case you slept through Apple’s iPhone X presentation, are animated emoji capable of mirroring your facial expressions in real-time. They’re exclusive to the iPhone X and its bevvy of advanced sensors.

Animoji make it clear we’re living in the future, and there’s no denying that people are already pretty enamored with their digital representations. And of all the ways you’d use Animoji, karaoke, so far, seems to be one of the most popular. Check it out:

I made an #animoji #karaoke #iPhoneX pic.twitter.com/W8IjPfSFiD

This is obviously way cooler than the average karaoke bar. But was it worth the $1,000 spend?

Well, that answers that.

But keep in mind, this is how you look to everyone who isn’t watching you through an Animoji-colored lens.

I know is this is day one, but never forget that this is your face when you’re recording an Animoji.