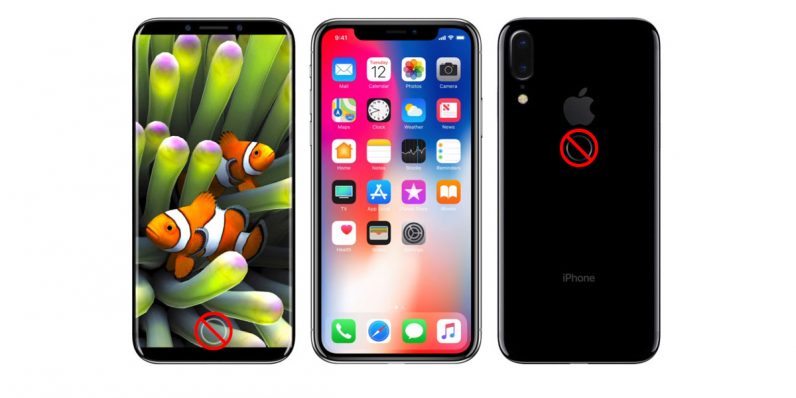 When the iPhone X rumor mill began churning everything seemed to suggest Apple tried to fit a Touch ID sensor under the display, but failed. Now Apple is flatly denying those rumors, saying it spent “no time looking at fingerprints” for the iPhone X at all.

“Arguably the toughest challenge that we had is to replace Touch ID,” Apple’s Dan Riccio says. “It was very, very hard. If we were going to replace it we wanted to replace it with something that was at the end of the day both better and more natural.”

Riccio also flatly counters the narrative that Apple was still trying to use Touch ID in the iPhone X this year.

“I heard some rumor [that] we couldn’t get Touch ID to work through the glass so we had to remove that,” Riccio says, answering a question about whether there were late design changes. “When we hit early line of sight on getting Face ID to be [as] good as it was, we knew that if we could be successful we could enable the product that we wanted to go off and do and if that’s true it could be something that we could burn the bridges and be all in with. This is assuming it was a better solution. And that’s what we did. So we spent no time looking at fingerprints on the back or through the glass or on the side because if we did those things, which would be a last-minute change, they would be a distraction relative to enabling the more important thing that we were trying to achieve, which was Face ID done in a high-quality way.”

Basically, Touch ID was never really part of the picture.

Of course, it’s still possible Apple considered implementing Touch ID under the display during very early design phases, before the iPhone X had solidified. That is to say, the same way any company might consider new technologies; Samsung was allegedly also looking into an under-display sensor.

However, Riccio’s comment goes against the rumor zeitgeist which suggested ditching Touch ID was a fairly last-minute move. In the spring, many or most iPhone X ‘leaks’ (then believed to be the iPhone 8), still showed the device with a fingerprint sensor either on the back or in the screen, as corroborated by a Bloomberg report in April.

But then, it’s possible those leakers simply got their hands one of those very, very early designs. By the time these reports were published, Apple may have been long past making Face ID its sole focus.

We’ll likely never know the exact timeline of things, but one thing is clear: Apple sees your face as the future of biometric security, not your fingerprint. Unless the company sees huge fallout from facial recognition, there’s a good chance this is the last year we’ll see fingerprint sensors on new iPhones.

It was nice knowing you, Touch ID.

Read next: What companies are doing to stop data breaches—not just react to them