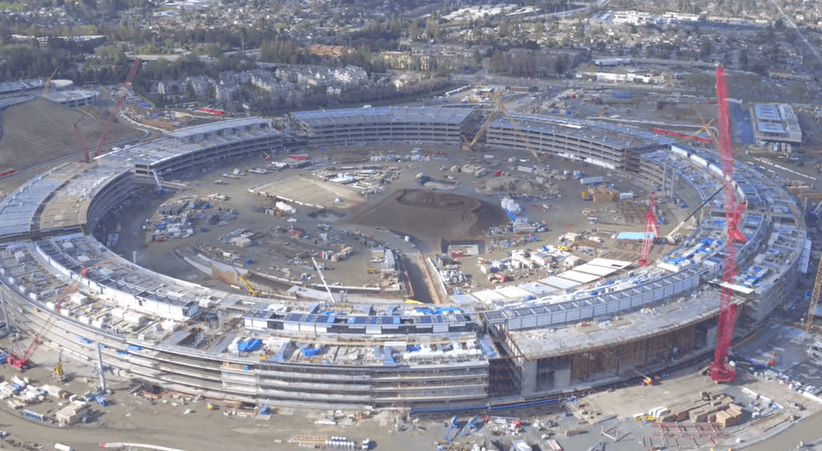 Apple’s gorgeous new campus in Cupertino is a techier version of the Wizarding World from Universal Studios — a magical-looking place that’s construction was keenly followed by its legions of devoted fans before it opened earlier this year. And now we know we have an idea how much it cost to make that magic happen.

Researchers at BuildZoom painstakingly collated the information from their Open Building Permit Repository, a collection of documents from government sources. The company uses such information to find contractors best suited to a client’s purpose. The permits it collected on Apple break down the necessary costs of building such a large campus.

The most expensive building is, no surprise, the enormous ring-shaped ‘Spaceship’ in the center of the park. With an estimated price tag of $427 million, it was more expensive to build than the next three buildings on the list combined. $85 million of that was spent on the landscaping and irrigation around the Spaceship. We can only guess how much of that went into its iPhone-inspired toilets.

Another $12 million went to the construction of the lobby in the Steven Jobs theater. The underground structure’s above-ground lobby is four layers of glass with a lens-shaped roof unsupported by any columns, and comes with an elevator that spins as it descends.

By contrast, the least costly of the fifteen buildings listed is the humble Glendenning Barn, the rustic appearance of which confused drone flying spies who flew over the gleaming campus. Apple has spent $360,000 disassembling and reconstructing the old, historic structure — though this is likely a bargain, as rumored plans to move the barn (which locals very much wanted to preserve) had projected price tags in the millions.