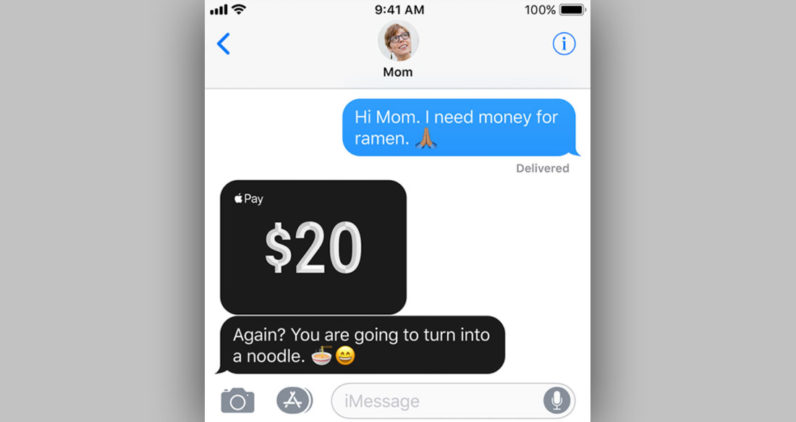 Apple’s iOS 11 rolls out to everyone tomorrow, but it turns out you’ll have to wait a bit longer if you want to use one of its headlining features, Apple Pay Cash. The company quietly announced the feature is “coming this fall with an update to iOS 11 and watchOS 4,” for devices in the US.  There’s no word on when it will arrive in other regions.

The feature is Apple’s take on Venmo-style cash transactions. Facebook Messenger has had money transfer since early 2015, and as someone who uses the feature all the time, there’s definitely a certain convenience afforded by being able to send money to friends and family in the same app you use to communicate with them. Apple’s service also allows you to use transferred funds instantly via your Apple Pay wallet.

On the other hand, Apple’s service is held back by being limited to iOS devices; chances are not every single person you might need to exchange money with has iOS. Virtually every other payments services lets you work on whatever platform you choose. Still, there’s plenty more to look forward to in tomorrow’s iOS 11 launch – check out our feature round-up here.

iOS 11 is available tomorrow on Apple

Read next: 5 reasons Augmented Reality will be a future battleground