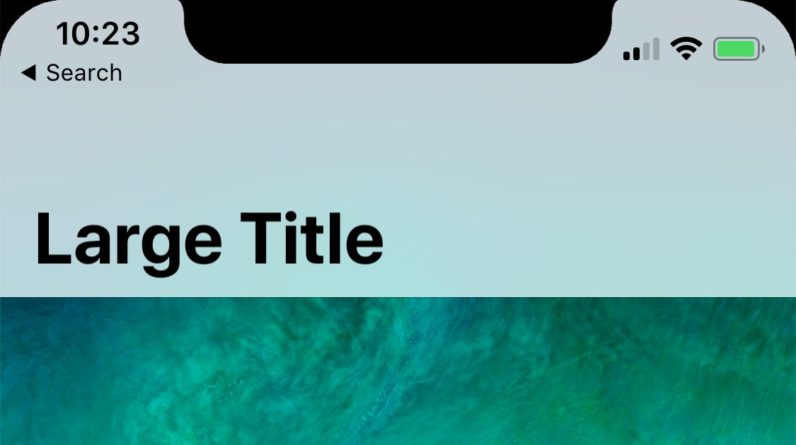 Apple just unveiled its flashy new iPhone X at the keynote event in Cupertino, but there is one thing about the device that is likely to upset every mobile carrier out there: The carrier name will no longer be visible in the status bar.

While the name won’t be entirely gone, users will now have to swipe down to see to which network they are connected to. This is admittedly a change that will likely only rub mobile carriers the wrong way as users probably already know the mobile carrier they’ve subscribed to.

The change was confirmed in video demonstration shown during today’s iPhone keynote.

Here is how the status bar will look on the X. As you can observe, the carrier name no longer appears on the screen by default:

The possibility the Cupertino titan might remove remove the carrier name from the status bar was first brought up by serial Apple leaker Steve Stroughton-Smith, who suggested this was a compromise the company resorted to to make the device’s new notch design more appealing to users.

To check out the mobile carrier, users will be able to pull down the left side of the screen. As Stroughton-Smith explains, both ear areas of the notch design will be independently swipeable.

you swipe on the time to see the carrier name

yeah the ears are independently swipeable

Good riddance, carrier names in status bar, you won’t be missed by us, the consumers.