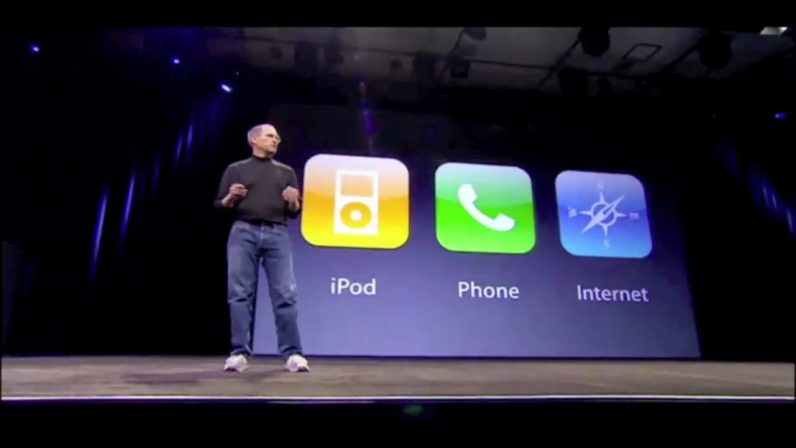 “And when Alexander saw the breadth of his domain, he wept for there were no more worlds to conquer.” – Hans Gruber, Die Hard.

Ten years ago, Steve Jobs strutted onto a stage in California to deliver a keynote address. By the time he finished talking, he’d changed the world forever.

No matter where you sit on the iPhone/Android partisan divide, you have to accept that the iPhone was a genre-defining device. Almost instantly, it became the standard for how we stay connected away from the desk, casting other form factors into the dustbin of irrelevance. Bye-bye, BlackBerry. So long, Treo. Adios, N95.

But the iPhone’s impact is more than just technological, but also societal and cultural. Think of the hours of footage shot on iPhones that have found its way into news footage, and gone on to shape public policy, or change the outcome of elections. Think of the millions of jobs and industries that exist, solely because of the iPhone, and the subsequent iPhone-like devices.

I guarantee, there are people reading this article who pay their mortgage or rent, all thanks to a job that only exists because of the iPhone.

We probably didn’t realize it at the time, but the iPhone was our industrial revolution, equally as important as Stephenson’s rocket or Crompton’s Spinning Mule. It changed everything.

And tomorrow, Tim Cook will strut onto a stage in California, where he will unveil the latest generation of iPhones.

We don’t know exactly what’s going to be announced (because, obviously, it hasn’t happened yet), but we have a clue as to what the newest iPhone flagship will look like, thanks to the myriad of leaks that have emerged from Apple’s remarkably porous iPhone supply chain.

Indeed, many leaks have came from within Apple itself, making a mockery of its reportedly draconian internal security measures.

We know, for example, that it’ll look unlike any iPhone seen previously, with a display that encompasses the majority of the phone’s front. A consequence of this is that the home button — which has been the staple of the iPhone since… well… forever — is gone.

(As a side note, Wired published an awesome eulogy for the home button, which is well worth a read.)

It’ll have wireless charging, and users will be able to authenticate payments just by holding their phone in front of their face. These are all welcome features, but they aren’t revolutionary. Other phones had them first.

And it’ll probably cost a packet. I remember when the first iPhone came out. Steve Balmer, who was then CEO of Microsoft, was aghast that it cost $500, fully subsidised, and with a plan.

It seems ever since then Apple has slowly raised prices, perhaps to see where (if anywhere) the bough will break. Maybe the breaking point is $1,000, but I doubt it.

The next iPhone flagship will be an amazing device, but it’s still just an iterative upgrade, much like the previous iPhone flagships were. It’s unlikely to be a game changer in the way the original iPhone was (although, as mentioned, we won’t know anything for definite until tomorrow).

Truthfully, I’m more than a little bit sad we probably won’t see anything radically transformative in the smartphone space for a long time.

But not all that sad. It’s worth remembering that Apple is more than a phone company, and Cupertino is sinking its teeth into several different verticals. It’s investing aggressive amounts of money and human capital into augmented reality and autonomous driving, to name but two fields.

Honestly, I wonder what an iPhone moment in the autonomous vehicle space would look like.

My bet is it’d change everything. Again.