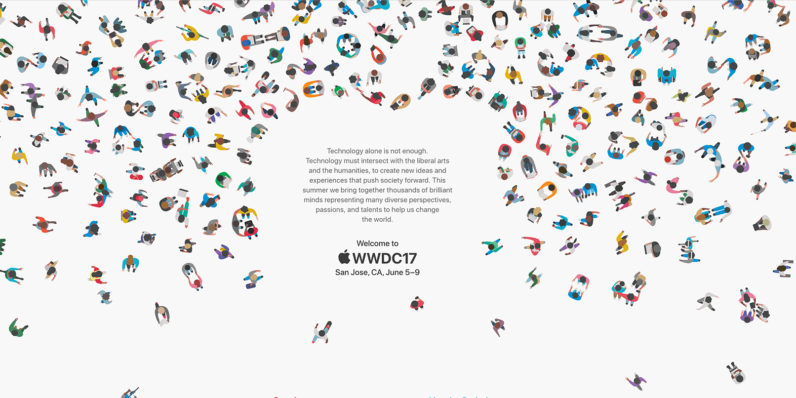 On Monday, Apple will kick off its World Wide Developer Conference (WWDC) with a keynote presentation that features the company’s top brass taking the stage to make us ooh and aah over the latest and greatest in macOS and iOS — and typically tvOS and watchOS as well.

The event is often all about software, but we’re hearing some rumblings that we could see some hardware news as well, perhaps in the form of a completely new product. Our best guess is the Siri speaker, which would serve as Apple’s Siri-driven smart home hub, a competitor to Google Home and Amazon Echo. Although we’ve heard rumors about a 10.5-inch iPad Pro as well.

While we’re short on substantiated rumors this year, we will be on the ground covering the event live starting at 10am PT/1pm ET on Monday (June 5).

But for now, here’s what we know (or think we know), based on how certain we are:

iOS is rumored to receive a complete overhaul, but we doubt that’s going to happen. Instead, you should expect updates to Messages, new features in Photos, and enhanced stylus support. We’ve heard musings that apps like Mail and Safari could even use a stylus similar to Samsung’s S Pen for mobile annotations.

This could be highly useful if Apple’s social network/chat app is a thing. Apple is rumored to be working on a social networking app similar to Snapchat or Instagram with an emphasis on sharing photos and video — with doodles, stickers, and the like — with friends.

Adding a “dark mode” would be a big hit too. This is less a feature at this point, and more a setup for the upcoming OLED iPhone screen. Much like Apple Watch, the company could use dark mode as a way of conserving battery by not having to light all the pixels on the phone.

Another rumor, which we can’t be sure about, is the rumored peer-to-peer payment system. If true, this would be Apple’s entry into a market dominated by Venmo and Square Cash, and could ultimately prove to be a huge boon to Apple Pay. An all-encompassing payment system on a mobile device is something we’ve been dreaming about for years, and this could actually be it.

We can also expect some iPad Pro-specific updates. Of these, I think we’re most likely to see drag-and-drop support, better multi-tasking, and perhaps multi-user support. This is, after all, the future of computing — or so Apple says.

The changes to macOS are expected to be incremental in nature, much like the past two updates. It seems we’re overdue for a game-changing new feature or perhaps a visual refresh, but it doesn’t seem as though WWDC 2017 is where it’ll happen. Instead, you can expect the usual polish feature updates and a coat of polish, although Mail seems to be the most likely native app to receive some sort of overhaul. Fingers crossed.

Not much going on in the rumor mill surrounding these two, although it seems likely Apple will announce it’s buried the hatchet with Amazon, and we’ll get Prime Video on AppleTV (finally). As for Watch, I’d expect additional usability upgrades to better make use of existing feature.

Jimmy Lovine, in an interview with Bloomberg, hinted at an Apple Music refresh that emphasizes more video content. The timing seems to measure up. Two Apple original shows are scheduled to release this year: Carpool Karaoke (August 8) and Planet of the Apps, which we’ll possibly get a launch date for on Monday.

Apple doesn’t have a horse in the smart speaker race dominated by Amazon and Google. Plan on Tim Cook remedying that by introducing a speaker powered by none other than Siri.

It’s said to feature virtual surround sound for high quality audio in smaller spaces that might not be a logical fit for a 5.1 or 7.1 surround set up. It’ll also function as a hub for HomeKit, the smart home system Apple’s been touting since last year.

This one could just as easily have gone into the next category, a section where we’re hearing a lot of buzz, but not all that sure about the legitimacy of it. Given the reliability of Apple analyst Ming Chi Kuo, I’m inclined to add it into the “likely” category.

According to Kuo, Apple has been working on a 10.5-inch iPad Pro that reportedly encompasses the same footprint of the 9.7-inch version due to its tiny bezels. Whether this model is a bridge between the existing two sizes, or intended to be a replacement for one (or both) remains to be seen.

Still, though, WWDC isn’t typically when we hear about new iPads, so I certainly have my reservations here. Then again, the company did release an off-schedule iPad refresh to the standard model in March, so it’s hard to say.

I thought we’d probably see updates to the MacBook (and Pro) this fall, but it could happen at WWDC instead. If so, expect something in line with a spec bump –perhaps to new Kaby Lake processors, and the option to upgrade to 32GB of RAM — rather than new MacBooks,

This one is doubtful, but it’s not impossible to be a surprise move pulled off by Apple after admitting its mistake with the “trashcan” Mac Pro. I still think it’s more likely the company holds true to its word and we see this more toward the middle or end of 2018 though.

The Air has sort of languished in a state that leads most to believe it’ll be discontinued. Some are actually larger than new MacBooks, which seems to suggest they’re no longer needed. Thing is, the MacBook Air is still selling surprisingly well, although that’s probably due to it being the only Apple laptop under $1,000.

Rumors suggest it may get a spec bump to Kaby Lake and perhaps more RAM. We’d also love to see a switch to USB-C, but it doesn’t seem Apple is all that motivated to keep the Air around for the long haul, so it probably isn’t happening. But if we’re going to wish for new features, we’d be remiss if we forgot the paltry 1440×900 resolution the current Air is sporting. What is this, 2010?

The timing lines up perfectly to release a new iPhone SE, but it’s probably not going to happen. This fall, at the iPhone event, Apple is rumored to be releasing three new iPhones, and you’d have to assume the SE would be one of them. Plus, it’s the 10th anniversary of the mobile device, so one would assume Apple would go big here and not want to cut into sales by releasing the SE a few months before its big event.

The iMac is also due for an update, but it seems increasingly unlikely you’re not going to see it at WWDC.

Read next: Dear Netflix, Sense8 and The Get Down deserved better cancellations