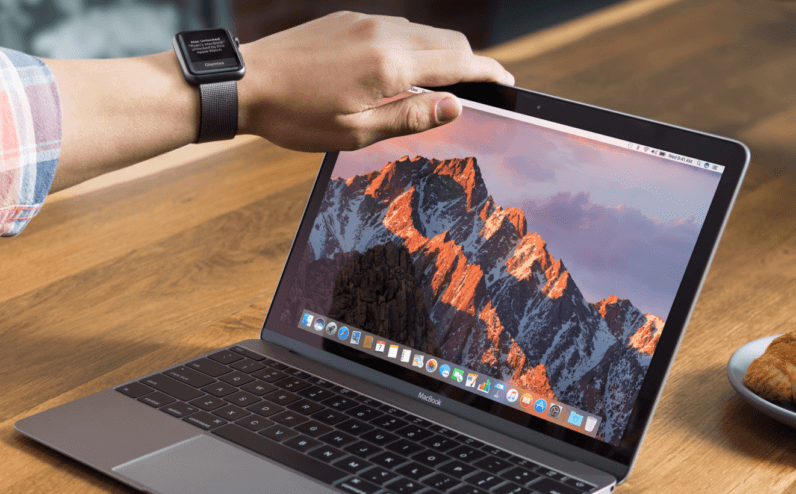 Inside, you’ll find smaller updates to some of your favorite applications and as well as several long-anticipated features. Like most iterative releases, macOS Sierra is available for free on the Mac App Store to anyone currently running El Capitan (or earlier) version of OS X.

In addition to Siri, there are a number of new additions that should be on your radar. Here are some of our favorites.

Siri is undoubtedly the feature act of macOS Sierra. We’ve seen the voice assistant in iOS since 2011, but Sierra marks her debut on Apple’s desktop operating system. While Siri from just a year or two ago would have been mostly a disappointment, the Siri developer API has opened Apple’s smart assistant up to a world of new possibilities from third-party applications.

In addition to merely telling you what time it is, or how to solve a math problem, now Siri can call you an Uber, look up restaurant reviews, control playback for Apple Music (or your local library) and even read your email to you.

Once you’re done experimenting with Siri’s newfound robustness, you can pin the results to the Notification Center for referencing later.

If I didn’t have the ability to open dozens of tabs in Safari I’m not sure I could function. To date, applications haven’t had the same functionality — hell, you couldn’t even open additional tabs in Finder until OS X ‘Yosemite’.

It’s not going to set the world on fire, but it’s a nice addition that should help compulsive organizers, like me, to avoid feeling as if their desktop was getting away from them.

One of our favorite features on iOS, the ability to use Apple Pay on a desktop was long overdue.

Rather than saving credit card or login details for online payments, now you can simply grab your iPhone, iPad or Apple Watch, use Touch ID to unlock and pay without needing to find those pesky credentials.

Retailers are already beginning to support the feature, and many more will come around in the months to follow.

Much like Apple Pay on the Web, Apple’s new hands-free unlock feature allows for password-free authentication for any watch running watchOS 3. For Apple Watch owners, the login password is a thing of the past, and once your desktop senses your device, it’ll unlock and decrypt (if enabled) the device.

Notably absent is the much-requested feature to enable Touch ID unlock. It’s rumored to be part of the next MacBook Pro, which should be announced next month, but the hope was Apple would extend the Continuity function on macOS Sierra by integrating the iPhone’s (or iPad’s) Touch ID to unlock a MacBook or iMac.

Sierra brings the ability to use any computer while accessing the same files as you would on your home device. For example, I use an iMac for the bulk of my daily work, but occasionally I feel like sprawling out on the couch and getting things done from my MacBook Pro. Now, I don’t have to retrieve files from one computer while I’m using another.

Sure, you could do this if you manually shared folders between computers using iCloud (or Dropbox, Google Drive, etc.), but the seamless integration and the automated nature of iCloud keeping your desktop and documents folder in sync is a godsend.

While most manufacturers are engaging in an ever-escalating arms race to cram the most storage they can into a laptop, Apple, it seems, is more concerned with efficiency.

Rather than participating in these battles, Apple seems content to offer the same storage year-after-year, while increasing the efficiency of its solid-state drives and not offering much in the way of additional space — especially in its laptops. Apple seems convinced that cloud storage is a better solution than physical space.

The push to the cloud comes with a cool feature new to macOS: Optimize Storage. The feature automatically analyzes your drive at regular intervals to find things that could be moved to cloud storage. Old screenshots, photos, documents and the like that aren’t regularly accessed are now moved to the cloud, easily accessible but without taking up as much space on your physical drive.

After the massive overhaul to Messages in iOS 10, we’re pleased to report that many of the same features are now available on your Mac. Effects like disappearing messages or altering text (or emoji) size made the cut, as did Tapbacks, the Facebook-like icons that allow for quick reply functionality with a heart, thumbs up, thumbs down, laughing, exclamation point or question mark response.

Also included are rich links, which display a visual preview of what’s behind the URL. Now, links show the header image for articles, imagery from Netflix or videos from YouTube you can play without ever leaving the app.

It’s not quite as feature-rich, but most of the functionality you have on iOS 10 is now available on your desktop.

Continuity was already a must-have feature of El Capitan. The ability to hand off documents between iOS and OS X, or start an email on your Mac and finish it on your iPhone is one that completely changed the game for those of us that rely on multiple devices.

Apple is now refining Continuity by adding a universal clipboard, meaning you can now copy a block of text on one device, and paste it into another all without the standard work-around of texting or emailing it to yourself.

The feature uses iCloud and handles all of the heavy lifting without you really needing to think about it.

The picture-in-picture feature is already found on iPads, as of iOS 9. Using it on a Mac though, with the extra screen real estate, is that much sweeter.

Unfortunately, it’s not exactly foolproof just yet. It only works in Safari, and only on services that have already made the integration. ESPN and Vimeo, for example, work great. YouTube, as of this writing, does not.

With each update, Photos gets better. Some might argue that each update makes it a little more like Google Photos, but that certainly isn’t a bad thing.

‘Memories’ is the big new feature in Photos, and it works much like a similar feature in Google Photos. In essence, it’s curating photos featuring specific people, or those taken at a particular place. It then aggregates these images into groups for easy archival. It’s all automatic, and solves one of the major problems with Photos to date: a complete lack of functional archival options for large libraries.

What’s your favorite Sierra feature? Will you be updating today?

Read next: Here's how small the North Korean Internet is