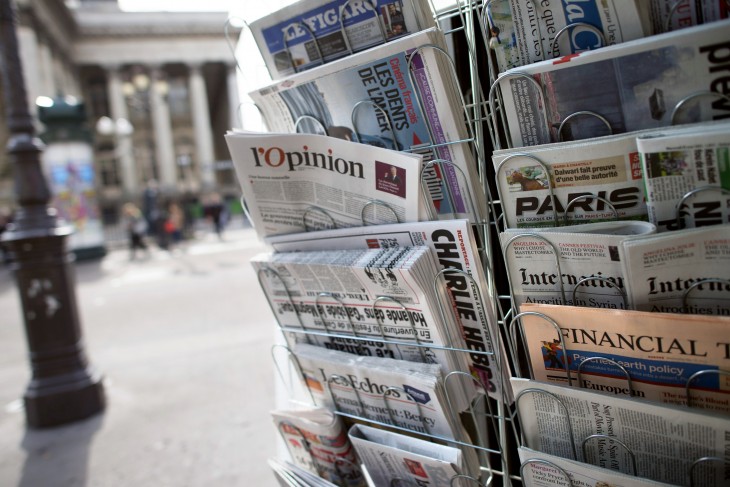 News organizations can now sell subscriptions inside Apple News, The Wall Street Journal is reporting. The new feature is available to iOS 10 users in the Apple News app.

Before this change, publishers could only monetize content inside Apple News via advertisements. Publications that put the bulk of their content behind paywalls needed to build their own apps, and sell subscriptions through them, potentially limiting audience size. This change lets publications find customers within an app that comes with the iPhone.

14 publications are participating, according to the Journal’s Lukas I. Alpert:

Publishers participating in the new program include the Washington Post, The Wall Street Journal, the Economist, National Geographic, Time, People, Cosmopolitan, Fast Company, the Los Angeles Times and the Chicago Tribune. Other publishers are expected to join the program in coming months.

Under the scheme, Apple will collect 30 percent of revenue from new subscriptions and 15 percent from renewals. Apple also controls payment, via users’ iTunes accounts, meaning publishers probably can’t use your address to send little cards begging you to renew your subscription.

So this is a huge compromise to make on the part of publishers, but media companies in 2016 have to follow the audience. Users are actively engaged in fewer and fewer apps these days, so setting up shop in Apple News might just be worth it on balance. It will be interesting to see if other publications join in.

Read next: Twitter is set to stream its first NFL game tonight -- here's how to watch