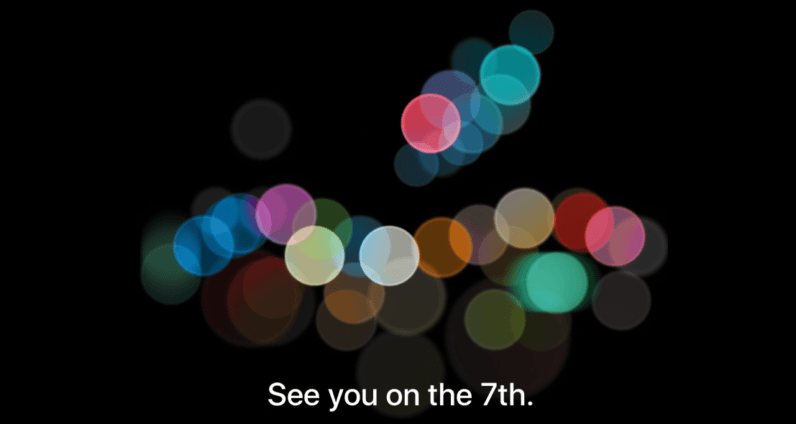 It’s official: Apple is holding an event on September 7 at the Bill Graham Civic Center in San Francisco.

As you might imagine, we’re expecting new iPhones — two, to be precise. An iPhone 7 and 7 Plus, which should have a few tricks up it sleeve. September 7, iPhone 7 — get it?

Many think the newest iPhones will ditch the audio jack in favor of a Lightning connection for wired sound, and add a second speaker grill. Elsewhere, the larger iPhone 7 Plus is widely believed to have two cameras, while the iPhone 7 could see optical image stabilization.

Outside of iPhones, we’re not sure what we’ll see. It’s possible Apple will simply dump all of its hardware in one fell swoop, so we might even see the elusive new MacBook Pro pop up.

Luckily, it’s only a week before we know for sure.

Read next: Madden 17 developers are trying to ruin my life and these glitches prove it