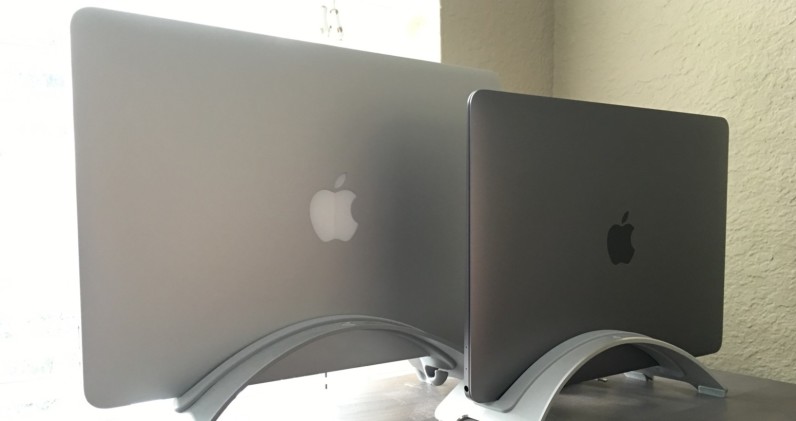 Rumors of a new MacBook Pro are starting to make the rounds, and it seems there will be an OLED bar where the function keys are now. We’re also getting more info on how it will work.

Rather than the ‘customizable’ bar we’d previously heard would be included, it seems the OLED panel will customize itself. From Bloomberg:

The most significant addition to the new MacBook Pro is a secondary display above the keyboard that replaces the standard function key row. Instead of physical keys, a strip-like screen will present functions on an as-needed basis that fit the current task or application. The smaller display will use Organic Light-Emitting Diodes, a thinner, lighter and sharper screen technology, KGI Securities analyst Ming-Chi Kuo said earlier this year.

Apple’s goal with the dedicated function display is to simplify keyboard shortcuts traditionally used by experienced users. The panel will theoretically display media playback controls when iTunes is open, while it could display editing commands like cut and paste during word processing tasks, the people said. The display also allows Apple to add new buttons via software updates rather than through more expensive, slower hardware refreshes.

It seems this is where things got confused. Previous rumors suggested a user-customizable bar was in the works, which our sources shot down.

Though you won’t be able to re-arrange the bar as you see fit, we like the idea of a control panel that better suits what’s on screen. If you’re using Safari, having quick-action controls like ‘back’ or ‘refresh’ on the OLED bar may help you speed up your workflow.

A MacBook Pro with OLED may not even matter

But there are still concerns. I’m worried about lag, both in the OLED bar switching between apps as quickly as I often do, and how fast on-screen buttons registers your touch.

There’s also third-party apps to think about. The macOS framework is really long in the tooth, and developers have been longing for Apple to overhaul it with a lot more Swift. That has yet to happen, so we’re not sure how Apple plans to convince desktop developers to take advantage of this new feature.

We already see adoption issues with Force Touch. Many popular third-party apps have yet to take advantage of Force Touch on the desktop, which has been around for a year or so.

There’s no reason to think Apple will be able to free developers of any work to take advantage of the OLED bar, either. For iOS, 3D Touch requires dedicated customization on the code level, and I’d expect this OLED bar would also require the same type of work.

But it’s a cute feature we’re looking forward to checking out, if it indeed makes the final cut for a 2016 MacBook Pro.