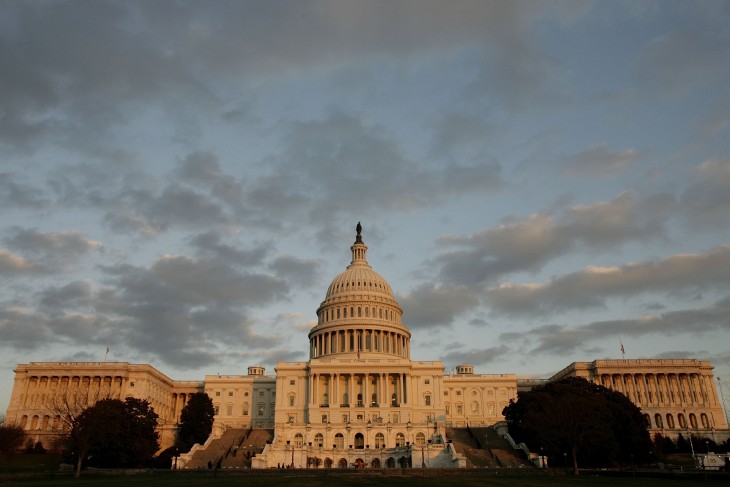 After an often painful five-plus hours of congressional testimony today, both the FBI and Apple’s fate will be decided by congress after a five day window for further questioning.

There were a few verbal barbs traded on both sides, as well as from congressmen, but overall the hearing remained a thoughtful discourse that attempted to gain greater understanding of what’s at stake from both Apple and the FBI.

For all of the verbal garbage that was spewed today, it can be summed up in five easily-digestible talking points.

Both Apple and the FBI are seeking new legislation. When asked repeatedly whether they felt this was a case for congress or if this could be handled by federal courts both answered with resolve that this case would require new legislation from congress.

It’s easy to see why. Currently, the FBI and DOJ are using the ‘All Writs Act,’ a piece of legislation from 1789, to govern this and other cases like it. The legislation is basically a catchall that requires companies to comply with government orders when it doesn’t cause ‘undue burden.’

Sewell: It's not the time to create the tool that constitutes the undue burden, it's the safety and security of our customers. #AppleVsFBI

The FBI understands the implications of what it’s asking

It’s clear that both sides have talking points that should be considered. Apple wants to protect its customers by creating devices with strong security measures in place and the FBI wants to be able to easily access intelligence that could aid in other operations.

Until today, however, it was unclear if the FBI understood how weakening security to allow for easier access for law enforcement would impact non-criminals, which is to say… most of us.

Comey: There will be international implications [to weakening encryption] but we're not sure of the scope just yet #AppleVsFBI

FBI Director Comey was clear and precise with his wording when he affirmed that he was well aware of the damage that it could cause both on an international and domestic level. He also thought that there was a happy medium in which strong encryption and government access (backdoors) could co-exist.

Many congressmen seem to have little clue what’s being discussed

If I could sum up congressional ineptitude when it comes to dealing with matters of security they don’t properly understand in one tweet, the above would do a fine job.

Encryption predates electronics, but congress is still treating it like it’s new and perhaps even dangerous. At its core, encryption is nothing more than a code. We’ve celebrated codebreakers like Alan Turing for breaking these codes in the past but now we’re treating encryption as if it’s somehow different than earlier codebreaking efforts.

Congressman Issa even went so far as to ask if the FBI had requested Apple’s source code for iOS 9 as if the government were going to reverse engineer the operating system. Worse, he repeatedly called Apple’s internal flash memory a “disk drive.”

Issa thinks you can break encryption by removing the phone's memory and running attacks. Also called it a "disk drive" #AppleVsFBI

District Attorney Vance, a prosecutor, actually thinks that this software would have to be used in Cupertino, at Apple’s headquarters. If this software — or the knowledge of how it was built — got out, it could (and would) be used by anyone on the planet, no matter where they were.

Vance: If this code is created and you're looking at the risk to other devices — those phones will have to come to Cupertino. #AppleVsFBI

These quips aren’t meant to poke fun at congressman Issa or District Attorney Vance, but instead to shed light on the limited understanding members of this committee seem to have about the technologies at play and how dangerous that is for enacting new legislation.

Director Comey and District Attorney Vance both repeatedly suggested that they weren’t all that interested in single use solutions. Vance was even so bold as to proclaim:

Vance: [on whether this is for just 1 device] There will be overlap. We're seeking a solution that's not phone-by-phone. #AppleVsFBI

Comey had similar sentiment when asked the following question by congressman Poe:

Comey: In theory, sure… you could ask for the same relief from court to unlock additional iPhone's. #AppleVsFBI

The San Bernadino phone is irrelevant

This case is no longer about recovering data on the San Bernadino shooter’s phone. It’s now about setting precedent for just how much a private company has to aid the government in law enforcement-related endeavors and those are the points in which congress will deliberate on until we have an answer.

Read next: Can Yelp escape its own employee loyalty spiral?