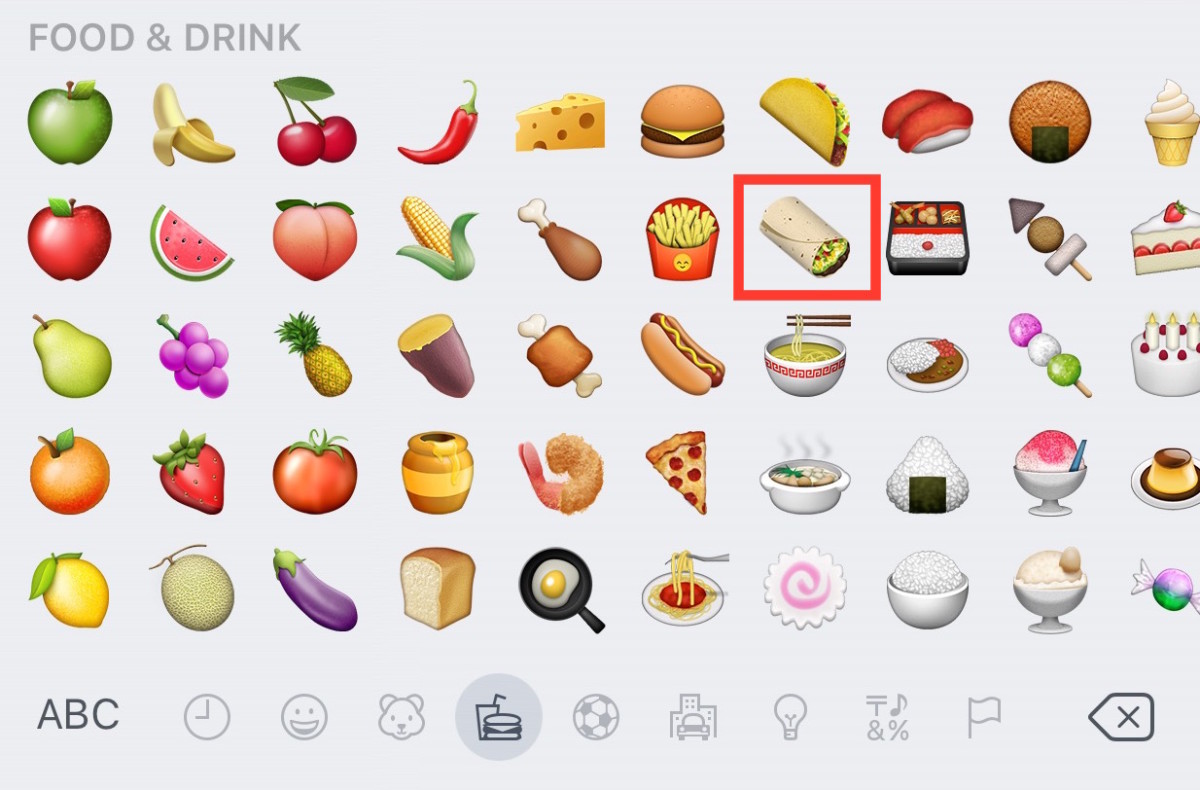 That’s right, we’re getting even more emoji. Apple has included the new emoji from the latest Unicode specification as part of a special iOS 9.1 beta uploaded for developers today.

So many have been added that it’s a little hard to tell what’s new and what isn’t. Here’s what appears to be every new emoji found in iOS 9.1:

Once you get the update to iOS 9.1 when it’s released at some point in the future — its only available to those with a paid Apple developer account right now — you’ll see a ton of new emoji on the keyboard including taco, unicorn, a stop hand, turkey, burrito and block of cheese.

It even included the middle finger emoji from the Unicode release, which is also able to be changed with the new skin tone options.

I think my absolute new favorite is this adorable new lion emoji a source sent over.

iOS 9.1 will likely be released later this year, though Apple hasn’t said anything about when it’ll be available — if there’s any reason to update your phone, it’ll be this.

Do you have a favorite? Let us know in the comments! 😍

Read next: Here is Siri's hot take on what happened at Apple's event today