A couple hundred hints later, Apple has finally revealed what Siri had up her sleeves… along with a slew of other announcements.

Here’s a quick recap of everything you need to know from today’s keynote. As always, click through to the full articles for more details.

Apple taps high-end fashion house Hermes to create an entirely new collection that features hand-stitched leather straps and a special watch face. The new collection will be available in October for an unspecified price.

The Apple Watch will also come with a few new finishes, including gold and rose gold, and band colors for the fall. The device sells for the same price, starting at $349.

On the software end, WatchOS2 will be available September 16. It’ll include third-party integrations such as AirStrip and messaging apps like Facebook Messenger.

➤ New Apple Watch colors and bands on sale from today

iPad Pro is the Surface on steroids 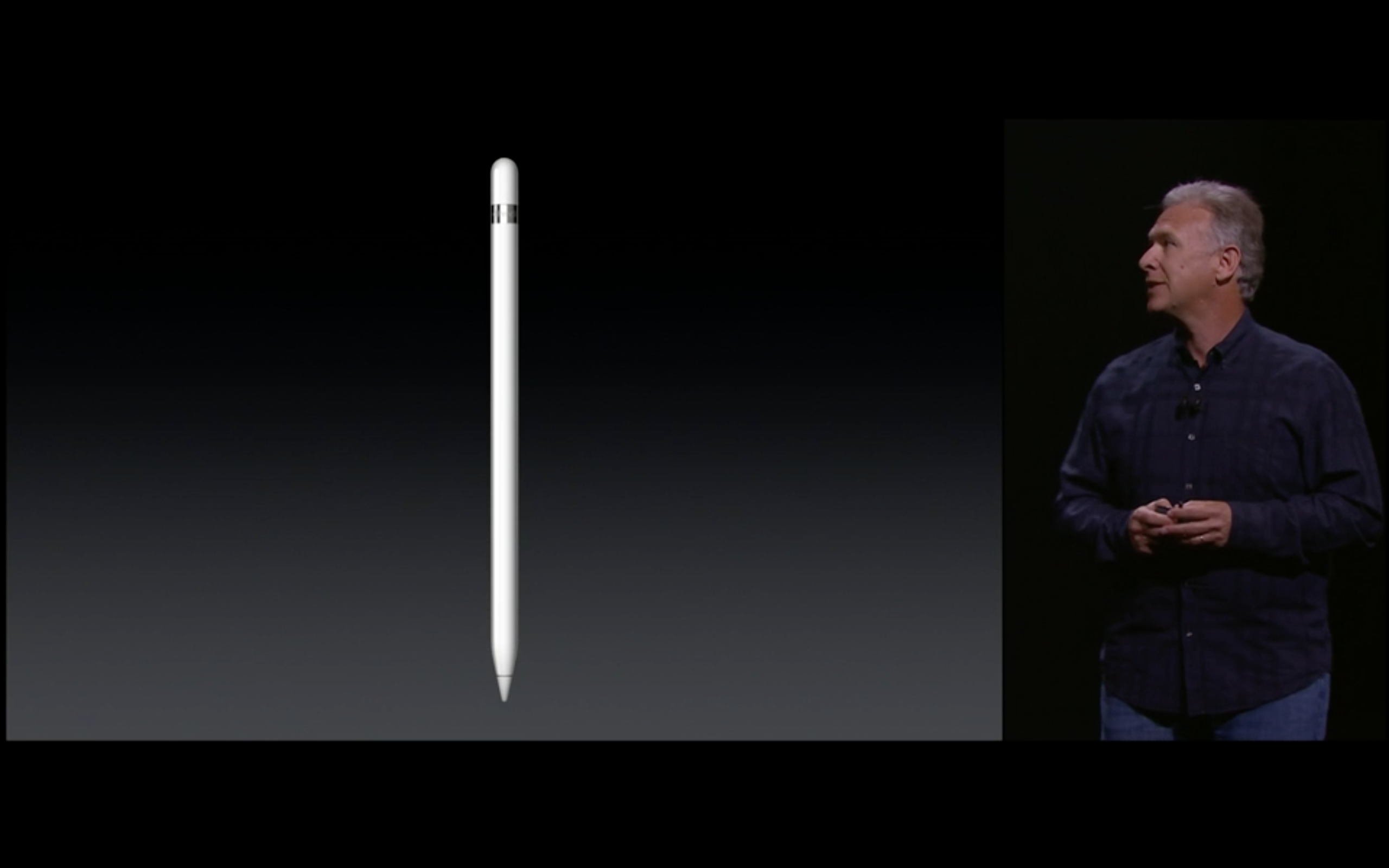 With the iPad Pro also comes a smart keyboard accessory that attaches to the tablet magnetically. Apple’s also releasing a stylus to go along with the device called the Apple Pencil, which charges via a Lightning port. You can use the stylus to mark up emails, images and others directly via select iOS apps.

Somewhere, Microsoft’s Surface team is chuckling. Or not! Apple actually brought Microsoft on its stage to demonstrate some Office powers on the iPad Pro.

Alongside the iPad Pro announcement, Apple also quietly sneaked in $399 iPad mini 4, an updated version of its tiny tablet.

➤ Apple launches iPad Pro with 12.9″ display
➤ Apple ‘blew it’ — The Apple Pencil (stylus) is here
➤ Microsoft showed up at the Apple event

As previously rumored, the new Apple TV will include a Siri voice control feature and a touch-capable remote that doubles as a gaming controller. You can ask Siri to find content based on categories, titles and she can sort results by popularity and where content is available to stream.

You can access Apple Photo and Music on the streaming device. The Bluetooth 4.0 remote allows you to swipe quickly to scroll past results, or slowly to hover over a title card to learn more. The swiping feature also works as fast-forward during playback, or you can ask Siri to skip ahead or rewind.

The remote lasts approximately three months per charge and has a gyroscope for gaming.

With Apple TV, Siri is more contextual than ever. Ask Siri, “What did she say?” during playback and she’ll rewind the last scene with captions turned on. You can ask her for movie suggestions and she can narrow your options down based on the year it was released or which specific actors were in the movie. Much like Amazon Fire TV’s X-Ray, you can also ask Siri for actors in the movie or TV show you’re watching.

Developers of the hit mobile game Crossy Road also demonstrated the redesigned version of the game for Apple TV, along with an exclusive multi-player mode. Other multi-player gaming apps will allow new players to join using their personal iOS devices.

Those playing games on their iOS devices can also transfer their games over to the Apple TV seamlessly.

On the sports end, you can watch live events like baseball via the MLB app and bring up player stats right on screen alongside the stream.

The new Apple TV will sell for $149 for 32GB and $199 for 64GB in October – available in over 80 countries at launch and 100 countries by end of year. Developers can access tvOS today.

iPhone 6s and 6s Plus

A rose gold iPhone? Yep – and that’s not even the beginning. The more durable iPhone integrates a new 3D Touch technology which enables new gestures, such as holding an app icon for shortcut to various actions or using a hard press to preview links.

The peeking feature is similar to Moto Display on select smartphones which lets you tap to see a message and let go to quickly exit.

The iPhone 6s and 6s Plus come with the new A9 chip – 70 percent faster at CPU tasks and 90 percent faster for graphic tasks than the previous  model. iOS 9 will come standard with News and Apple Music app. Current iPhone users can download iOS 9 on September 16.

There’s also a new “Hey Siri” integration that lets you speak the prompt to bring up Siri instead of holding the home button. The camera now has a 12MP iSight shooter – with 50 percent more pixels and faster auto-focus. It can shoot 4K videos as well.

iPhone 6s’ new camera also includes a Live Photos feature that combines a series of photos to create a GIF-like effect when you hold down an image. You don’t have to do anything special to create Live Photos, the software can create Live Photos by capturing pictures 1.5 seconds before and after the image, along with current sound. Apple will release a Live Photos API for third party developers.

➤ Apple introduces the iPhone 6s and 6s Plus in rose gold, with 3D Touch and animated wallpaper
➤ Apple’s new 12MP iSight camera uses 3D Touch tech to let you create ‘Live Photos’
➤ iOS 9 will be available to download on September 16
➤ Apple’s new 3D Touch: Everything you need to know