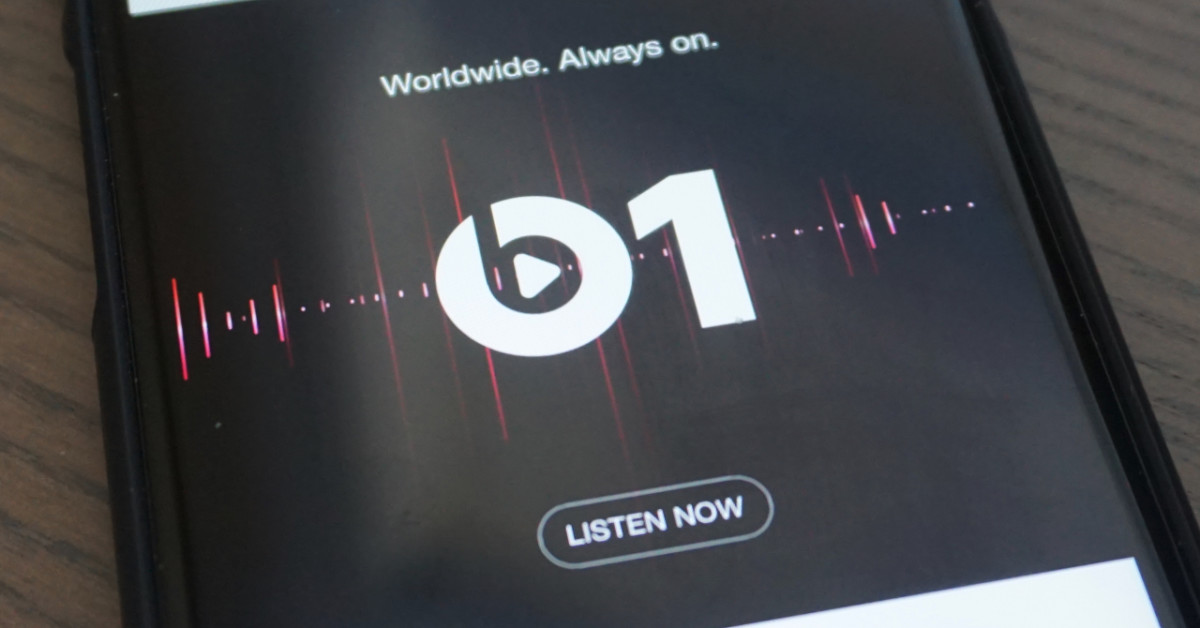 There’s something to be said for human curation. Beats 1 hopes to deliver the best in curation without the headaches we have with terrestrial radio — like ads. Aside from routinely (and excitably) reminding us we’re listening to Apple Music, Beats 1 delivers on that promise. Mostly.

Zane Lowe might have had an interesting beginning to his Beats 1 endeavor, but that was forgotten about an hour in. Once the music started rolling, Beats1 showed its muscle.

The aim of Beats 1 seems to be a worldwide, non-stop radio channel that is curated by actual DJs across the globe. Currently, London, New York and Los Angeles are the headquarters, but it’s pretty clear Beats1 wants to scale.

Beats 1 naturally kicked off with Zane Lowe’s high energy show; cool new music at a feverish tempo tempered by slower tracks. From there, it was more DJs with their take on what good music is from around the globe.

The transition from Zane in Los Angeles to Emmy in New York was noticeable, and that’s probably the point. Emmy isn’t Zane, nor should she try to be. Each DJ has their own — possibly regionally influenced — take.

All told, it’s a successful launch in my view. The DJs have good taste, and the lack of commercials is nice. There are no silly call-in promos or other attention grabbing moves. It’s music, curated by those Apple feels are uniquely qualified to imprint their taste on the world. 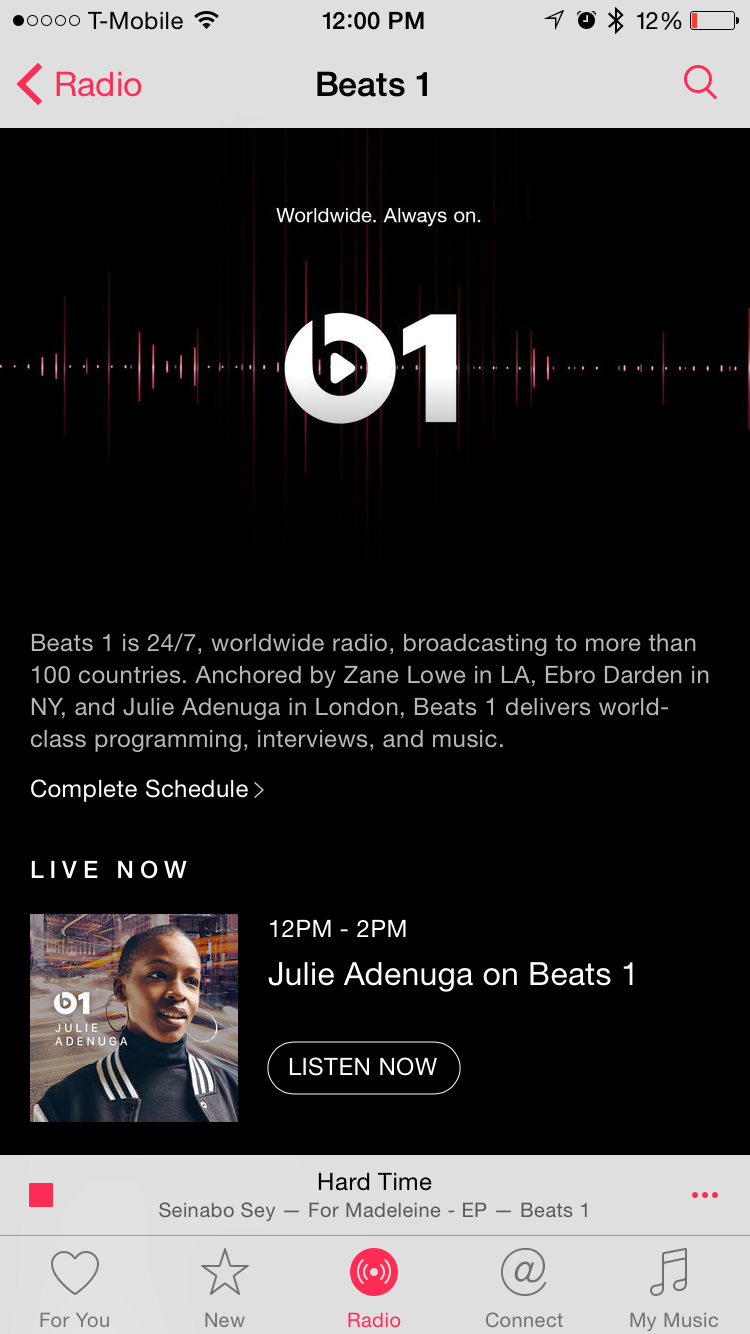 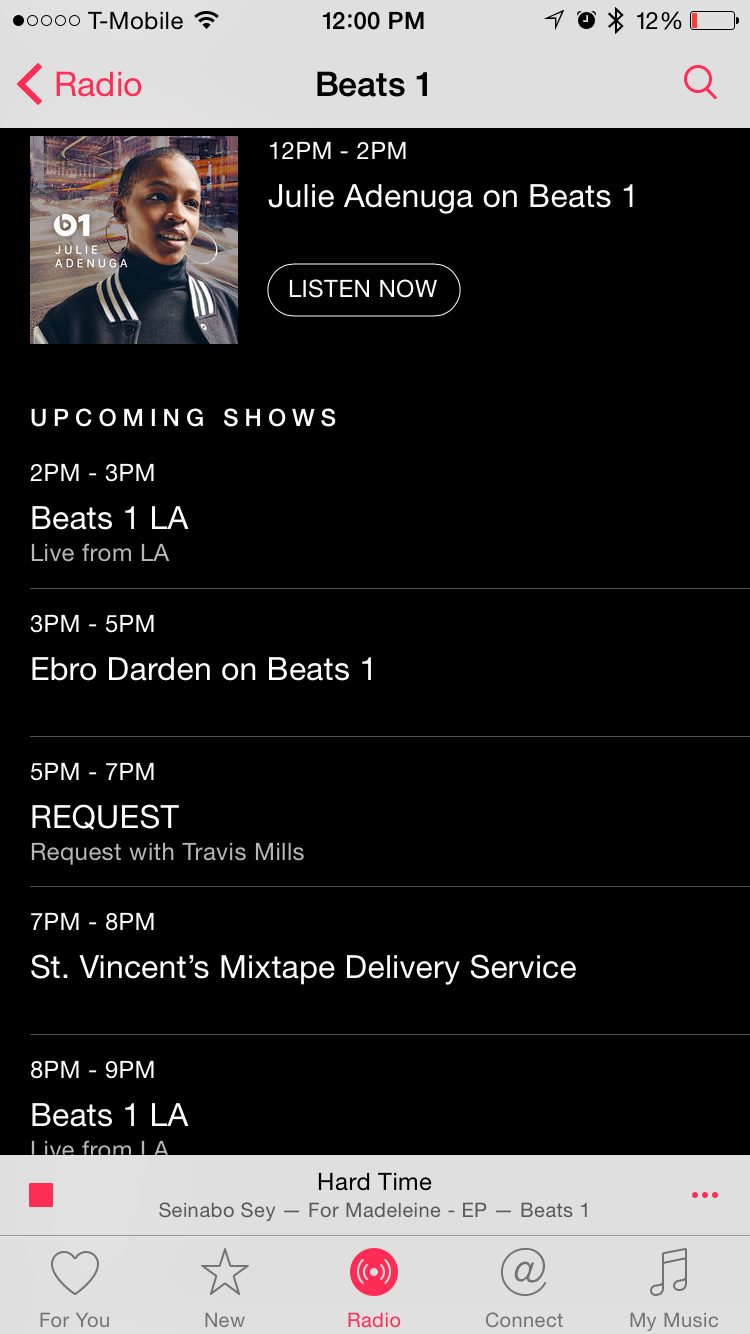 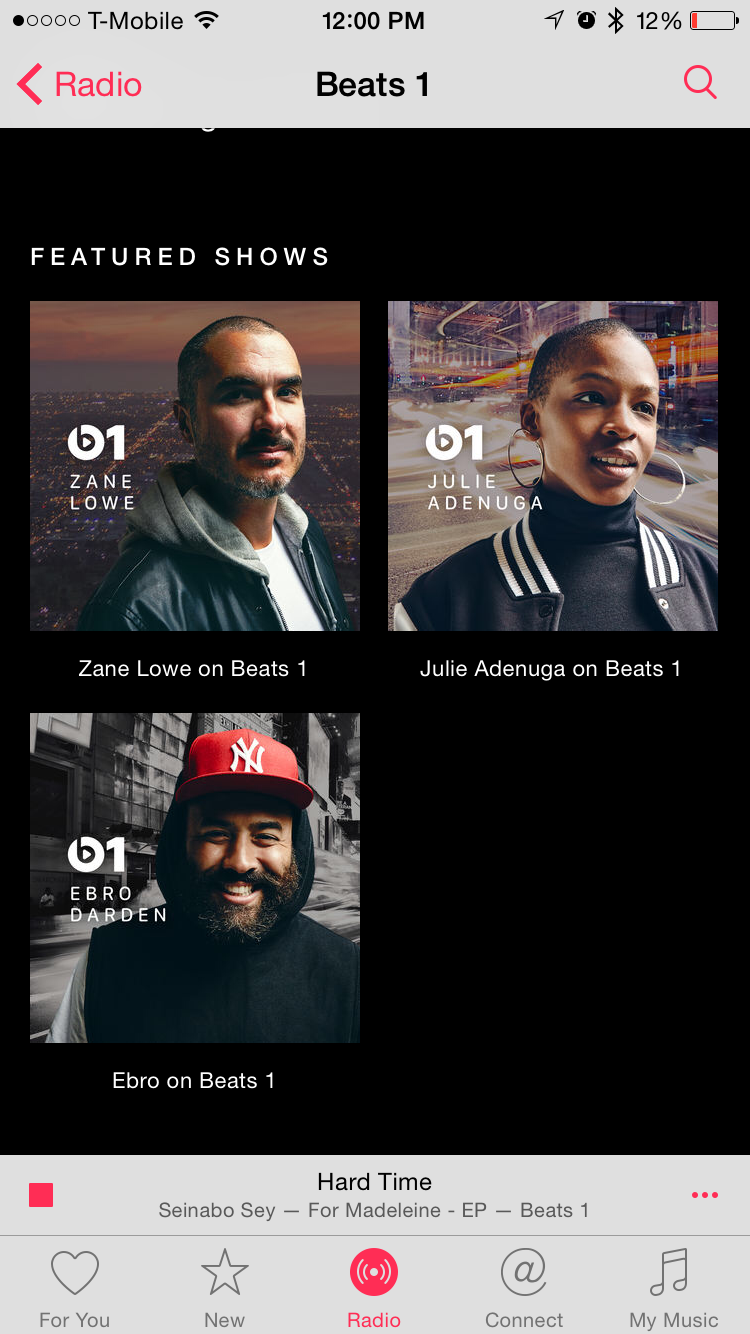 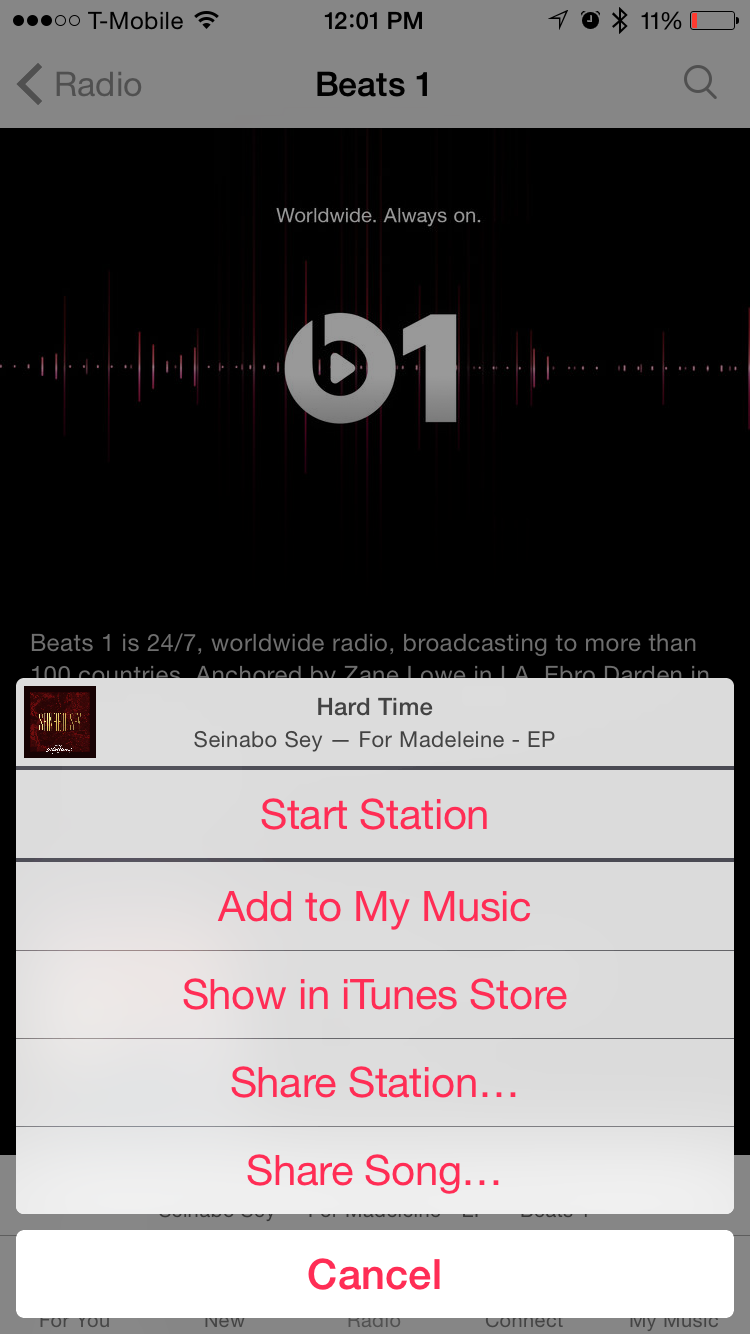 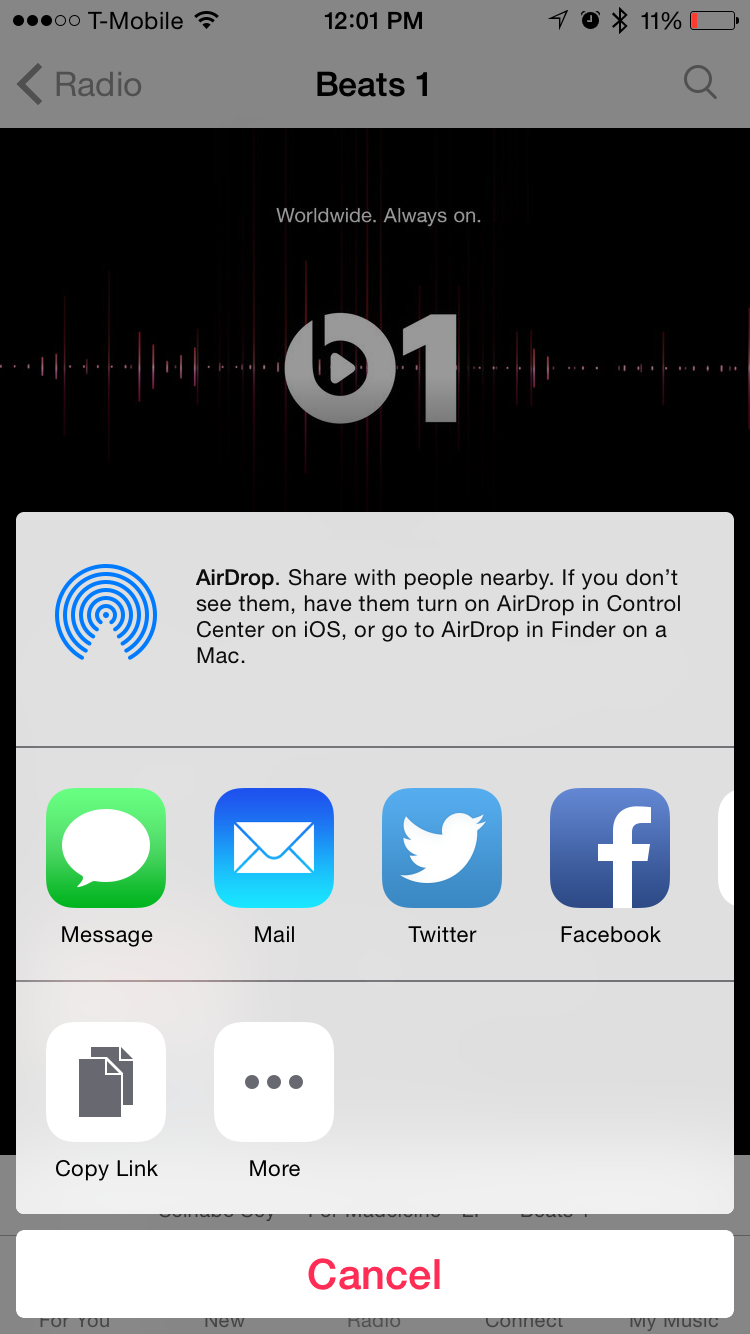 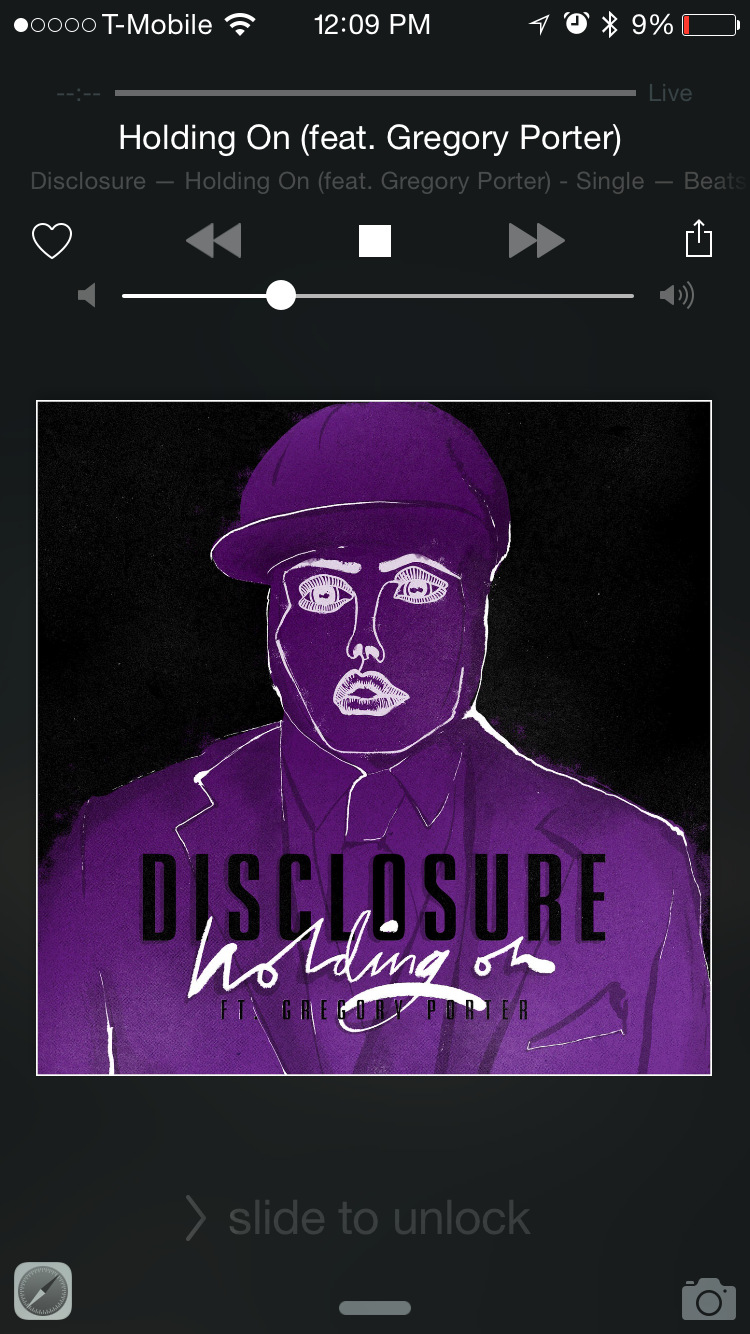 Beats 1 also doesn’t play the same tired hits as terrestrial radio tends to. In three hours, I heard a total of three tracks I was familiar with. That’s a lot of new artists I’m being exposed to, and that’s awesome. Zane and his crew can focus on showcasing the best in music, not trying to catch my attention as I scan through signals in my car.

If you hear something you like, the app has the song information listed at the bottom of the screen. This allows you to add it to your Music library, or buy it in iTunes.. Starting a station lets an algorithm choose tracks that sound similar, and sharing the track brings up the familiar Apple share sheet.

The downside is minimal. Tracks are still censored (I get why, but I’ve never liked radio for this reason), and the DJs — while really good — are still figuring the tech out (a few innocuous snippets of conversations we weren’t meant to hear popped up, and Zane seemed to rewind 30 seconds at one point). It’s day one, though, so technical difficulties are forgiven.

Beats 1 is the perfect example of what radio should be. Human curation highlights that algorithms alone just don’t cut it, and the constant flow of tracks (with quick DJ commentary) prove the ad supported model of terrestrial radio has been successfully disrupted.

While Apple has the coffers to get Beats 1 up and running (there’s likely more infrastructure to this than we realize), it’s easily the killer feature we weren’t expecting from Apple Music.

With 90 days to figure out if we’re really interested ahead of being charged for Apple Music, Beats 1 isn’t out of the woods. It’s possible the honeymoon phase is in full effect. The service is cool, but without a fairly constant flow of great music and cleverly positioned exclusives, radio will die a new death.