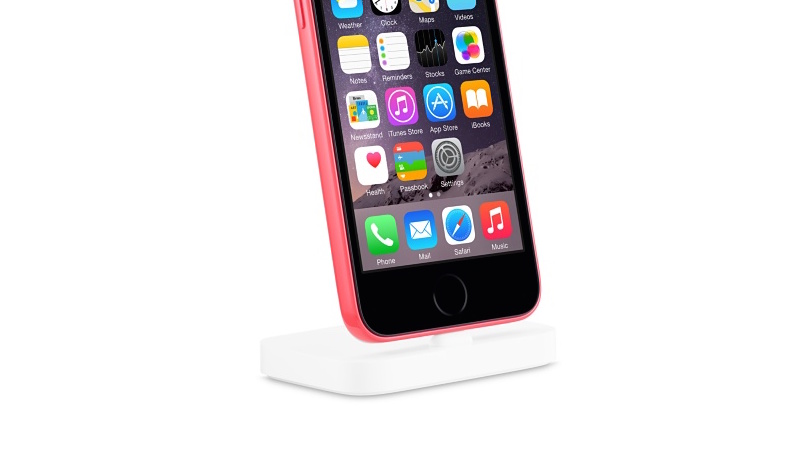 This afternoon I was browsing the Apple Store, considering buying the new iPhone Lightning dock and stumbled across an picture of what appears to be an updated iPhone 5c featuring Touch ID.

We’ve heard repeated rumors that Apple plans to update the 5c to match the latest iPhone design, but they’re yet to actually materialize. The image appears in a gallery found on Apple’s Store for the dock announced earlier this week.

The original iPhone 5c features a home button with a square in the middle, whereas the image found on Apple’s site today shows an iPhone with the Touch ID fingerprint sensor.

The iPhone 5c hasn’t received a new hardware version since it was released in 2013. Other pages on the Apple site, including the purchase page for the 5c, still show the old design.

We’ve contacted Apple for comment and will update when we hear back.

Update: Looks like it was a Photoshop slipup. It’s been quietly changed to the right image now.

Read next: Master Linux with this great bundle of courses