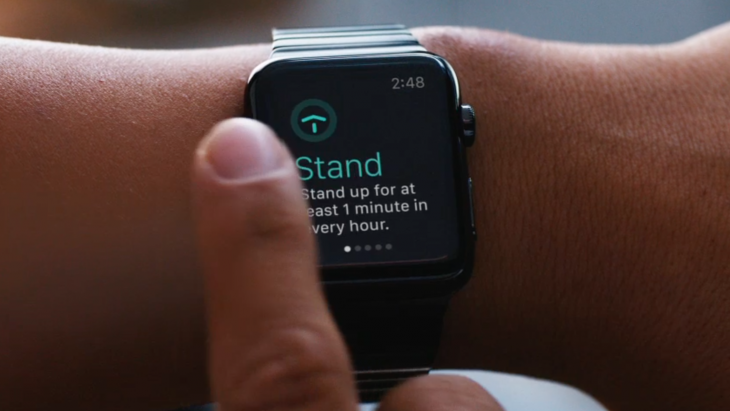 A lot of people are excited about the expected launch of the Apple Watch in April. But there are also still enough people who don’t see the point of having another gadget – a wearable, with questionable battery life – when they’ve already have an iPhone in their pocket.

An often heard argument goes something like this “I already own an iPhone, and it does everything the Apple Watch does, so why would I want one?”

The answer is that there’s a huge difference in the way information is presented to you on the iPhone and the Apple Watch. I argued earlier that it’s as dramatic as the difference between the pocket watch and the wrist watch.

Just like the wrist watch made wearing a watch popular for more than just a small audience (men wearing suits and vests), the Apple Watch will make wearable computing practical and fun.

There’s some actual data to demonstrate how much more practical it will be. The difference between flicking your wrist and throwing a quick glance at your watch and reaching into your pocket, pulling our your phone, unlocking it and then reading what’s presented is significant, especially when you realize you are doing it an average of 110 times a day.

That’s what research showed back in October 2013 when an Android screen unlock app checked the statistics for 150,000 users who used it. Android is obviously different to iOS but I don’t think the numbers would be lower for iPhone users. They could even be higher.

Will that be enough of a difference to make it worth it? My guess is it will be for the group of people who check their phones more than six times an hour, or once every 10 minutes, and maybe less so for the group checking their phone less than that. So what group will you be a part of?

Read next: Raspberry Pi 2 will run Windows 10 for free