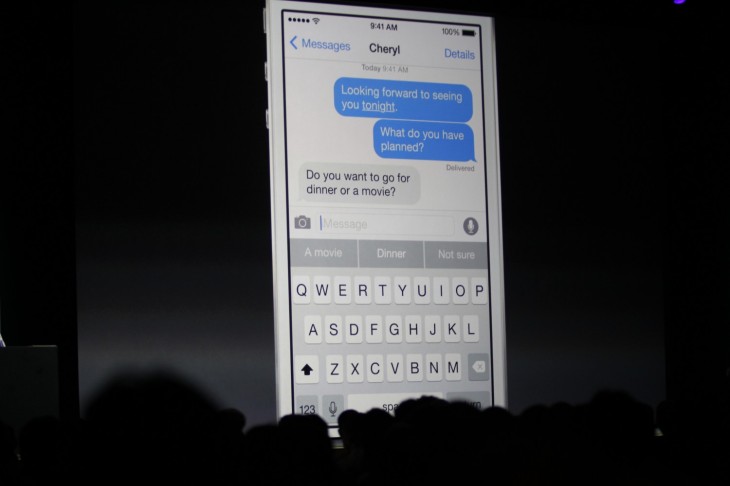 Apple is revamping the stock keyboard for iOS devices. The company today unveiled QuickType, which supports predictive typing suggestions. As you type, you’ll get suggestions for what you might want to type next, which adapts based on what’s been said and who you’re messaging.

As you type, you’ll now see some suggestions just above the keyboard. These will be selected, at least in part, by what’s already been said in the conversation. For instance, if your friend asks whether you would like to have dinner or see a movie, the first three suggestions are “not sure,” “a movie” and “dinner.”

The stock keyboard will also tweak its suggestions based on who you’re speaking to. If you’ve just been surfing you might see “epic” and “stoked” in a group chat with your buddies, but if you switch over to a thread with your boss, the suggestions would change to something more workplace-suitable.

If the implementation seems similar to the third-party keyboard app SwiftKey on Android, that’s because it is. Apple has also announced the availability of third party keyboards in iOS 8–even showing off a demo of Swype–so it will be interesting to see how developers come up with new typing solutions on Apple’s touchscreen devices.