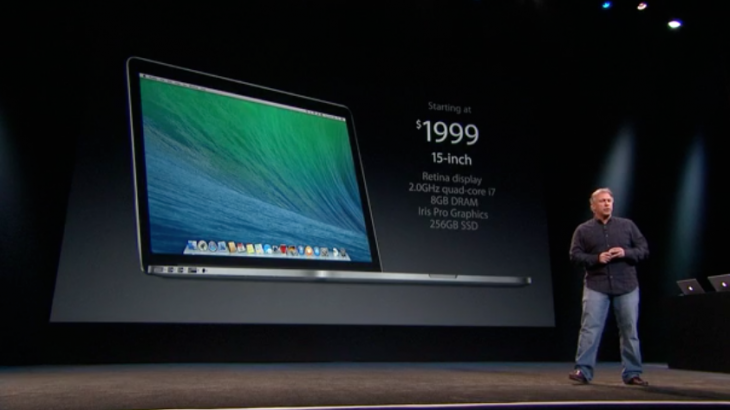 The 15-inch MacBook Pro is powered by a 4th-generation quad-core CPU, Geforce GT 750m graphics with 2GB of memory, and up to 8 hours of battery life.

For a round-up of all today’s many announcements in one post, check out our handy list, or head here for all our coverage.

Read next: You'll be able to buy Apple's redesigned Mac Pro for $2,999 before the end of the year