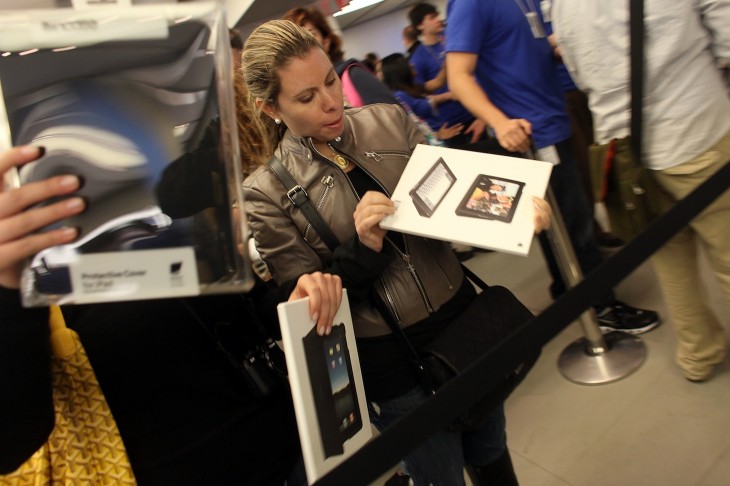 Turns out 18 percent of female Mac users have an unusually large head, more than half of them have freckles, and only 9 percent wear skirts.

That is at least according to BlueStacks, a Silicon Valley company that enables Android apps to run on Windows and Mac computers.

The ‘Ms.Mac 2012’ infographic we’ve embedded below is based on stats BlueStacks gathered from surveying Mac users among its 1.1 million Facebook fans, coupled with recent research from Nielsen.

I’d be surprised if more than half of female Mac users are really under 20 years old, but I definitely believe 2 percent of them have blue hair.

The company has made the infographic to celebrate today’s beta release of ‘Mobile App Player for Mac’, opening up access to 750,000+ Android apps for the first time on Macs (you can download it from the BlueStacks website). A previous alpha version was released in June 2012 and came with a small set of pre-loaded app partners such as Fruit Ninja and Pulse.

We’ll give Mobile App Player for Mac a whirl later on to see if it’s any good and – gasp – safe in its beta stage.

For what it’s worth, BlueStacks claims the PC version of its App Player software has been in beta since early 2012 and has been installed on over 5 million computers from its website.

“It turns out the average Mac user is pretty hot, if awkwardly dressed. We felt like mad scientists putting her together these past two months.”

“The increase in sample size gave us a lot more to work with in determining what makes up the prototypical Mac user today.

The blouses were a surprise. Apparently, females who use Macs very much enjoy blouses.”