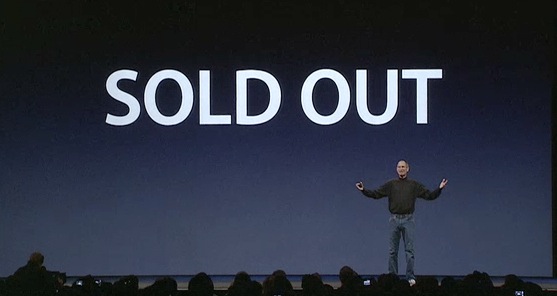 There’s quite the huff going on in the Apple developer community today, and with good reason. It seems numerous people woke up to emails from Apple, saying that their ticket purchase was “not eligible”, and therefore had been canceled. For an event that sold out in 2 hours, with tickets costing $1,600 that’s a really big deal.

The problem at hand seems to stem from Apple’s insistence on a no-transfer policy. In years past, no sooner would people buy tickets than they would turn around and sell them on Ebay or Craigslist for a massive premium. In fact, even with the no-transfer policy in place, people have still turned to Ebay to sell their wares, with auctions reaching double the face price.

The obvious problem with Apple’s logic in this is that, as the tweets show, many companies are buying WWDC tickets for more than one person. But since the address is the same it appears that Apple decided that more than one name from the same address meant people were up to no good.

Fortunately it seems that things are taking a turn for the better. One of the later tweets, as archived by Steve Streza, reports that Apple is reinstating the tickets that were legitimately purchased via companies.

@SteveStreza Apple are reinstating them if a company is booking multiple on the same card but for different people.

We’ve dropped a line to Apple, but don’t hold your breath folks. We don’t expect to get any response from 1 Infinite Loop. In the mean time, if your ticket was canceled, I’d say it’s definitely worth an email to Apple to see if you can get things cleared up.