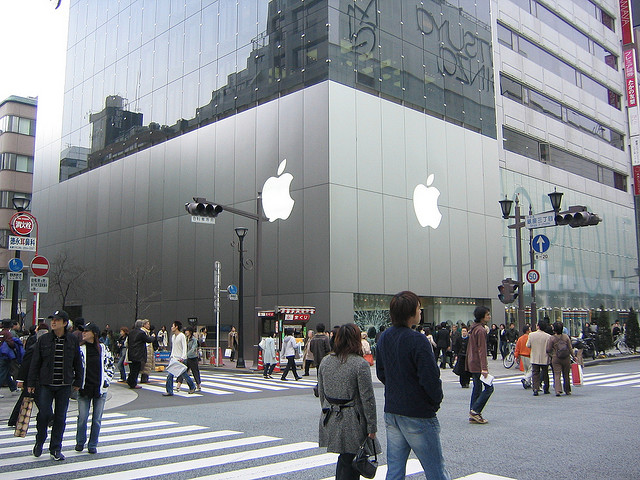 With more than half of all US households reportedly owning at least one of its products, Apple is a company that is continually topping satisfaction surveys in America and the world over. Today, the company has been named the top consumer brand in Japan, an accolade that it holds for the first time.

Apple not only topped the list with 90.5 points (out of 100) for total brand power, with its iPad and “two other key products” making the list for the top-40 brands.

The company ranked second behind Toyota in a separate survey of businesspeople, highlighting the effectiveness of the company’s products in the enterprise, as employees increasingly bring their own devices into the workplace.

Earlier in the month, we reported that for the seventh time in a row, Apple topped the US-based J.D Power Smartphone Customer Satisfaction Study, beating HTC and Samsung into first place, with consumers warming to the ease of operation and features of its products.

Polling 7,080 smartphone owners, J.D Power’s rankings showed that Apple scored 839 points from a 1,000-point scale, with HTC obtaining a rating of 798 points and Samsung following with 769 (lower than the industry average).