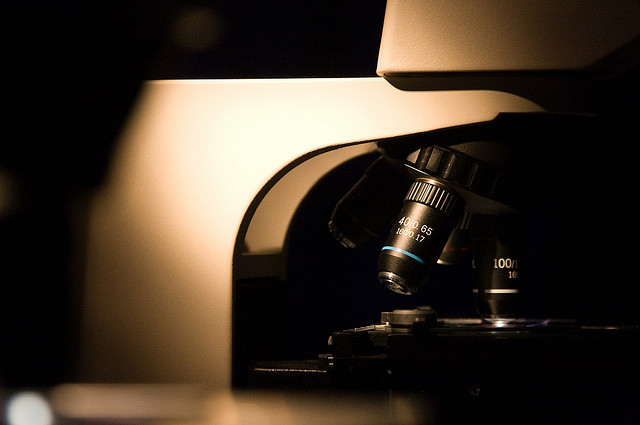 As Apple fans begin to unwrap their A5X-powered iPads this morning (like Christmas, but in March), they are going to be getting to grips with its new A5X processor and its improved graphics capabilities, new and improved cameras, and the superbly vivid Retina display.

Apple has an entire section on its website dedicated to describing how great the new iPad’s display is, detailing a 2048 x 1536 resolution with 3.1 million pixels and boasting 44% greater colour saturation. It also explains how it “elevated the pixels onto a different plane” and “separating them from the signals” to ensure it is genuinely crystal clear.

Numerous outlets have shown side-by-side comparisons of the screen on the iPad 2 compared with the new iPad, but how does it stack up under a microscope?  Lukas Mathis, a Swiss software engineer and user interface designer, pondered this very question and decided to show exactly what Apple’s latest technological “breakthrough” looks like at 80x magnification:

When Apple says it quadrupled the pixel count, it wasn’t lying. Mathis’ shots allow you to see this in fine detail.

When placed side-by-side with the iPhone 4S, you can see the similarities between the two Retina-enabled devices:

Apple’s use of the term ‘Retina’ really means it is a super high-resolution display, it doesn’t adhere to an industry standard and is used for marketing purposes. This is especially true when you factor in that the new iPad’s Retina Display has 264 ppi (pixels per inch), with the iPhone 4 and 4S both sporting 326 ppi.

You can read an explanation of how Apple incorporated Retina technology in its iPad, here. iFixit also performed one of its customary iPad hardware teardowns.

We suggest you take a look.

Read next: Nerd Fitness: The 5-step plan to success after failure