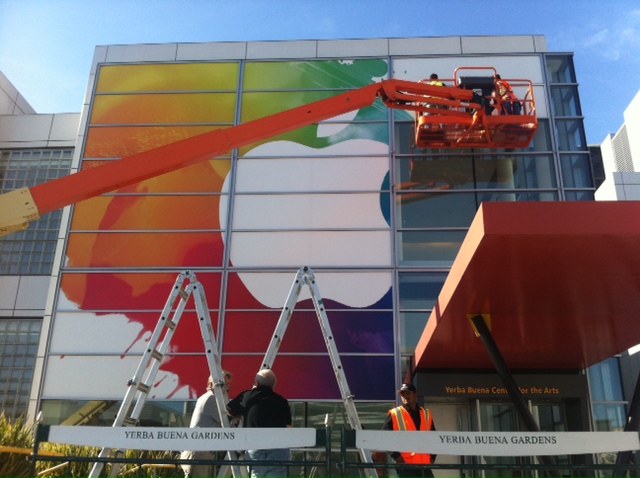 Well no, not really. But he came close.

That’s quite a jab. Cook didn’t stop there and took a look at Yelp’s Android app on a Samsung tablet:

Look at Yelp. Lots of white space. Tiny text, hard to read. Compare that to the iPad. This is a reason that momentum on the iPad continues to build.

Apple’s feisty CEO was building up momentum to the announcement of its new tablet, which we now know has dropped the number after the name. Luckily, it wasn’t called the iPad HD either:

Well, stop wondering. We are.