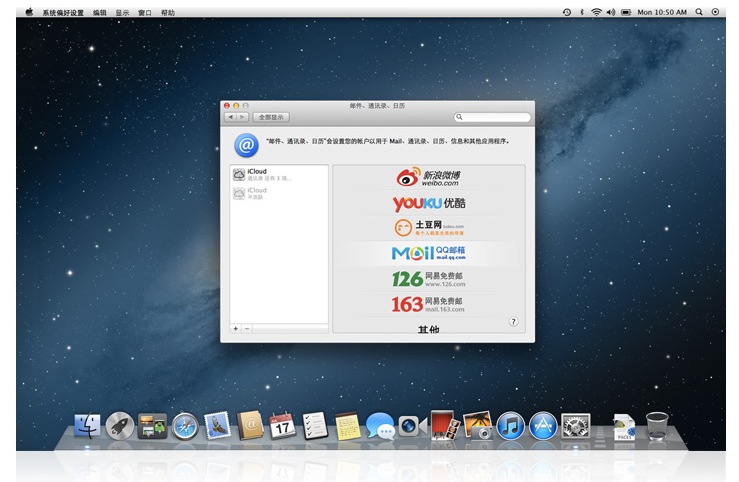 With all of the announcements surrounding Apple’s new OS X Mountain Lion beta today, it’s easy to overlook the signs of how aggressively Apple is pursuing the Chinese market. On its Mountain Lion preview page, there is a whole section dedicated to all new features for the Chinese user of Macs.

In that section, Apple mentions a host of services that it is adding support for in the new release of OS X, including search providers, sharing services and more. With this, Apple is making a statement that sales of the iPad in the region aren’t its only focus, and that it is looking to make inroads with the Mac as well.

The services being added are as follows:

Apple says that it has also improved text input in order to make typing in Chinese “easier, faster, and more accurate.”

The integration of these services follows statements both at the recent Goldman Sachs Investor Conference and the Q1 earnings call by Apple CEO Tim Cook emphasizing the importance of the Chinese market to Apple’s business. Cook mentioned that the halo effect of the iPhone and iPad were drawing new users to the Mac market and its clear that Apple wants China to be a big part of that new segment.

Apple has been doing well in China over the last couple of years, but honestly, this is just the beginning. In the first 9 months of 2011, the Asia-Pacific region, excluding Japan, accounted for a whopping 20% of Apple’s reported revenue. That’s 1/5 of all of Apple’s revenue worldwide coming from the region.

In January of 2010, Tim Cook had choice words about Apple’s focus on China, saying, “if you look at greater China last quarter, which is China, Hong Kong and Taiwan, our revenues tripled year-over-year in that geography which is I think phenomenal by any measure. We have a tremendous focus on it.”

The past year of growth for Apple in China has borne out those words and it appears that its efforts have been rewarded. Beefing up integrated support for these features may not directly sell Chinese users on Macs, but it does open a friendly door.

What do you think, are you glad to see Apple getting more serious about support for Chinese services?

Read next: 7 Font foundries & type designers that will blow your mind