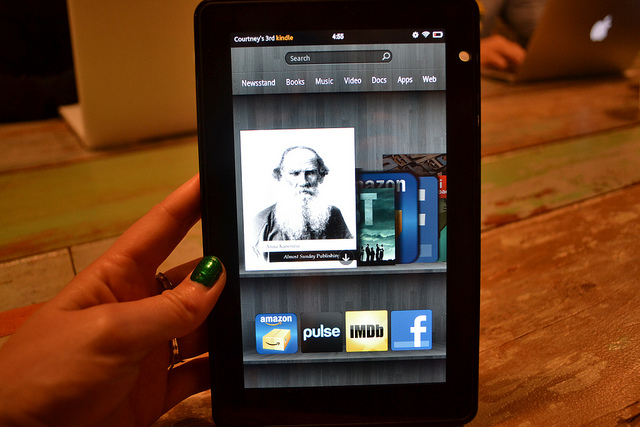 Despite the fact it has not released official sales figures for its Kindle Fire tablet and associated e-reader devices (briefly noting total weekly sales), Amazon has been said to be the only tablet vendor making any inroads into Apple’s iPad dominance.

Amazon has targeted the iPad in previous commercials, highlighting the difficulty some face when using the device in direct sunlight, but the company has just released a new advert, going for Apple and its iPad over pricing.

The retailer’s argument is that you can afford to buy two Kindle Fire tablets and a standard Kindle for the same price as Apple’s bestselling tablet —  something I am sure it say about 90% of Android tablets.

Priced at $199, the Fire is undoubtably a promising device, but whether consumers believe it is actually better than the iPad is another matter. Whilst Samsung has gone after Apple customers directly, Amazon has looked to highlight the metric that Apple will never likely try to match — price.

We’ve compared the two tablet devices and appreciate the Kindle Fire delivers an incredible amount of content for the price, but it’s still a long way from being the finished product, especially when compared to the iPad.