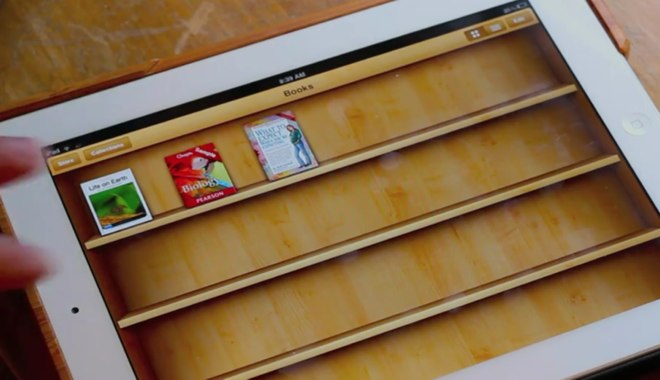 Apple has updated its iBooks Author app in order to clarify the language of its End User License Agreement. The changes to the EULA clarify that Apple does indeed intend the packaged product to be sold on the iBookstore only, but also make it clear that it does not lay claim to the content that you use to create the book, nor does it try to limit what you can do with that content elsewhere.

We took a closer look at Apple’s recently released authoring tool just after it was released. Subsequent to the release, much was said about the terms and conditions set forth in the license agreement that users were subject to in order to use the free tool. Some said that its terms were unfair, or even dangerous to software rights.

The new license agreement has adjusted wording in some sections, including ‘Section 2’, which was singled out for its wording. We’ve included the sections below with the pertinent sections bolded.

B. Distribution of Works Generated Using the iBooks Author Software. As a condition of this License and provided you are in compliance with its terms, works generated using iBooks Author may be distributed as follows:
(i) if the work is provided for free (at no charge), you may distribute it by any means;

B. Distribution of your Work. As a condition of this License and provided you are in compliance with its terms, your Work may be distributed as follows:
(i) if your Work is provided for free (at no charge), you may distribute the Work by any available means;
(ii) if your Work is provided for a fee (including as part of any subscription-based product or service), you may only distribute the Work through Apple and such distribution is subject to the following limitations and conditions: (a) you will be required to enter into a separate written agreement with Apple (or an Apple affiliate or subsidiary) before any commercial distribution of your Work may take place; and (b) Apple may determine for any reason and in its sole discretion not to select your Work for distribution.

This change in wording should make it clear, as many right minded people have assumed, that Apple was never interested in limiting the distribution of content that was not packaged in the .iBooks format. The wording of the original was taken by some to mean that Apple was trying to exercise its rights on all kinds of content, including universal formats like PDF, not just .iBooks.

The EULA still includes language that indicates users are free to distribute .iBooks formatted documents free of charge by any means they choose, they just can’t charge for them anywhere else.

Read next: Websites From Hell reminds us that the Web was once a very ugly place