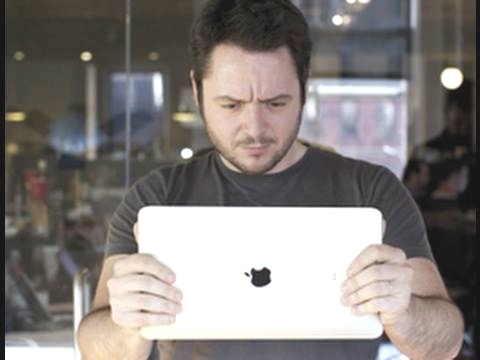 They say imitation is the sincerest form of flattery – that’s great when someone decides to buy a new hat that they first saw worn by you, it’s not so great when its a app you have designed and your competition has lifted nearly every feature that you have painstakingly coded into it.

That seems to be the case for Reeder, an RSS reader for the iPhone and iPad. Released in June 2010, Reeder for iPad implemented new features to its iPhone application, taking advantage of the iPad’s real-estate to deliver news in a efficient and stylish way.

About an hour ago, Reeder’s creator Silvio Rizzi posted a message to Twitter from the @ReederApp Twitter account highlighting a new release from the team behind MobileRSS, a rival app on the App Store, a release that looks remarkably similar to Reeder.

The link takes you to a comparison page showing you the similarities between the two apps. I say similarities but I’m more inclined to use the exact word that Rizzi uses for his URL suffix – ripoff.

There have been a number of apps that have taken “design inspiration” from another app: it is thought that Apple liked Delicious Library’s layout and UI so much they decided to copy it. Not stopping there, a patent filing in August showed Apple submitting schematics for an app that was already on the App Store, copying the functionality and layout completely.

What do you think? Is Rizzi justified to label MobileRSS HD 3.0 as a ripoff of Reeder for iPad? These Twitter users certainly think so.

Read next: Postling now has 50,000 linked accounts and YouTube integration