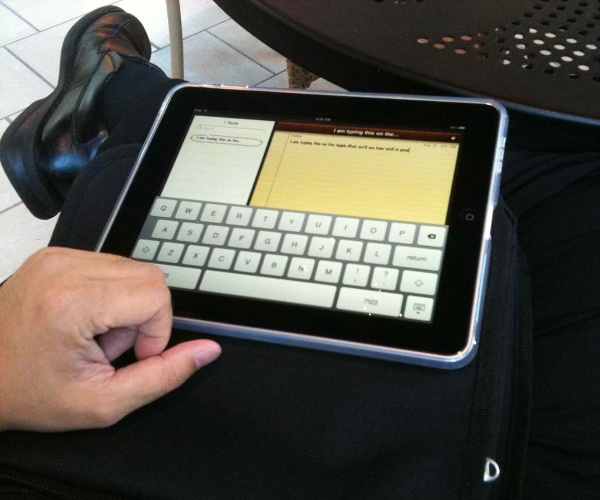 According to the report, iPad owners own more connected devices than any other users (6 devices on average), are mainly young males, are more physically shareable than smartphones and ereaders (ereader owners particularly don’t share their device), spend more time with their content than on smartphones (no surprise there), 63% buy apps (we’re a little suspicious of this stat, we’d expect it’s much closer to 100%), and are ok with advertising if it means they get free stuff (as are users of other connected devices), as well as are more likely to make a purchase after viewing an ad.

The report also spends a fair amount of time talking about how iPad owners like to read/view all kinds of content – swell, but isn’t that the point of the iPad?

The most fun part of the report, however, is when Nielsen describes how Amazon Kindle owners as “slightly wealthier, better educated” than iPad owners. The split? 28% of Kindle owners make more than a $100,000 per year and 57% of them have bachelor degrees or higher, and only 25% of iPad owners make over a $100K a year and just over half (51%) have at least a bachelor degree.

Finally, proof that reading really does make you smarter and richer.

Read next: The Evolution of Social Search