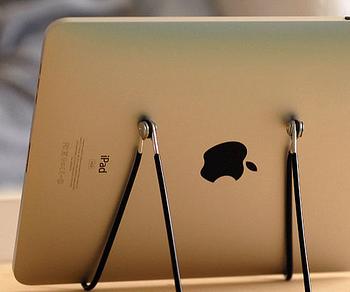 The original contract for exclusivity concerning the iPhone between AT&T and Apple was for five years, Engadget is reporting.

The two companies recently worked together to create two data plans for the iPad 3G, which is a huge hit thus far with consumers. The two plans are contract free, and quite generous in regards to total available bandwidth.

If the contract was to hold as it was originally created, it would last until 2012 as it was initiated in 2007. However, with the new iPad plans, the generally horrific inability of AT&T to support the iPhone, and the industry talk around a possible Verizon enabled iPhone, if that contract still holds becomes far from certain.

The fundamental question is whether AT&T was dead-set on getting the iPad onto their network, or if their main goal was to keep the iPhone where it is, only on AT&T. Why, you might ask? This is why:

Scenario 1: Apple had to convince AT&T to allow the contract-free iPad plans

If Apple had to talk AT&T into allowing the iPad to have the data plans that it does, it means that Apple was on the short end of the bargaining stick. This takes place when AT&T is skeptical over the iPad and more focused on the iPhone. After all, the iPhone is a proven money machine.

AT&T is hardly a dreamy cellular provider, but they were willing to work with Apple to get Job’s vision into the hands of his fans. Because AT&T was granting Apple what they wanted (and were not overly enthused about the iPad in this scenario), the chance of Apple managing to negotiate the end of iPhone provider exclusivity is nearly zero.

So, if Jobs had to angle for the iPad plans, the iPhone stays on AT&T. Verizon, you lose.

Scenario 2: AT&T had to agree to the iPad plans just to get the iPad

Everyone knows it, AT&T drops calls like they are hot. If Apple wanted to find a more stable provider for the iPad and AT&T was keen to get it on its network, AT&T might have been willing to give up something to get the device, such as consumer-friendly data plans.

If Apple was feeling rather anti-AT&T, which given the reactions of their consumers is not that much of a stretch of the imagination, AT&T might have had to angle even harder to get what they want, the iPad. They might have had to agree to let the iPhone pop up on other networks a bit early to make sure that they got the Apple tablet.

That would explain all the noise that we hear around the iPhone hitting up Verizon for some service. Consumers would love better reception, AT&T would no longer sell all the iPhones, but would sell all the iPad data for a set number of years.

Also, they may have had to cave in on providing the pre-paid month-to-month plans that are currently available for the iPad 3G. This last concession (and it was pretty much an unprecedented concession for AT&T) kind of throws both scenarios out of whack, however. On the one hand, if AT&T wanted the iPad above all else, it makes some sense that they would cave on low-cost month-to-month plans. On the other hand, however, if AT&T was much more focused on the iPhone, they might have had to cave to Apple on some they really didn’t want in order to keep the iPhone out of everyone else’s hands. Tough call on this one.

We will know shortly

When the next iPhone does come out in the next few months, Jobs will let forth any announcements surrounding the phone’s provider situation. If I was to pick, I would hope that AT&T was determined to get the iPad (mine is WiFi and therefore AT&T-free), and was therefore willing to let the iPhone be on several providers. Time will tell.