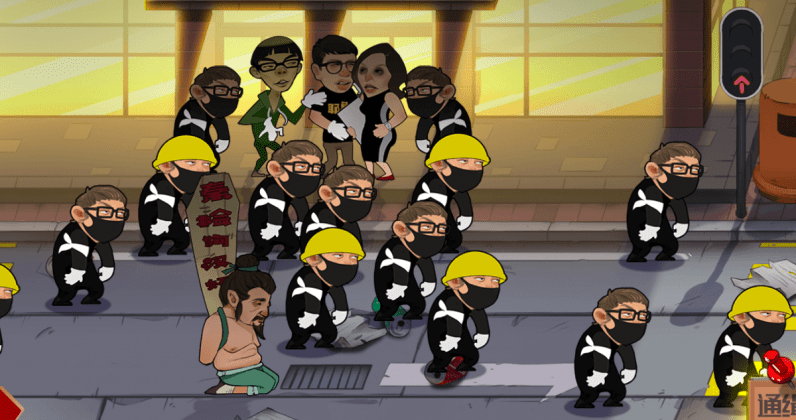 There have been plenty of games and apps that have sprung up as a result of Hong Kong protests. Now, a rather distasteful game called Everyone Hit the Traitors is being circulated in China, Abacus reports.

The propaganda game lets you hit black-clad Hong Kong protestors with a bat – almost like whack-a-mole. The objective is to stop the bunch of protestors from cross the line. The game is set up on a Hong Kong street and it initially tells you a number of “traitors” are conspiring with western powers in form of a protest.

Abacus’ report also notes the title screen contains the text “Hong Kong is part of China, and this can’t be meddled with by outside powers.”

Last month, developers built a VR game that allowed you to experience the movement by trying to dodge bullets and tear gas canisters. Another text-based role-playing game (RPG), lets you experience these tough times as a Hong Kong resident. However, the latest game coming out of China is in bad taste and it aims to dehumanize protestors.

Read next: Want to start 2020 as an in-demand coder? Check out these online courses.