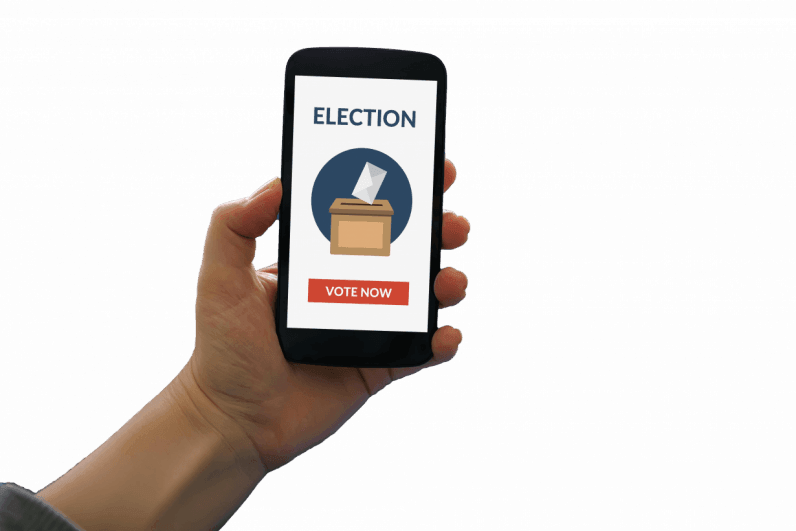 In September, we wrote about how politicians in India were bribing voters with free smartphones worth millions of dollars. The next trend in campaigning also involves free phones, but in a more old-fashioned way.

The New York Times reported that the Bharathiya Janatha Party (BJP), which is currently in power in the state of Chattisgarh and is on a mission to provide a smartphone to every household in the capital of Raipur, rang voters on these new phones to ask for their continued support in the upcoming elections.

Under the Sanchar Kranti Yojana (SKY) scheme of State government, zone wise distribution of free smartphones will begin from tomorrow in 8 zones of Raipur municipal corporation. Around 250 mobile phones will be distributed on each working day between 10 AM to 5 PM. #MorRaipur pic.twitter.com/BKEe0zB6eW

The BJP reportedly hired 350 call center contractors in Raipur to poll these constituents about their satisfaction with the ruling party, and ask them whom they were voting for in the elections. Based on these conversations, BJP sent party activists to meet with voters who aligned with the opposition party with a view to convince them to switch sides.

It’s a rather low-tech method of influencing voters, as compared to Russia’s preferred methods of hacking election infrastructure or politically polarizing people with paid social media trolls – especially when you consider what sort of data mining a political party could engage in by handing out free smartphones. But hey, it might just work.

The full story is worth a read, and you can find it here.

Read next: Moonday Mornings: The SEC has issued its first ever fines for ICO violations