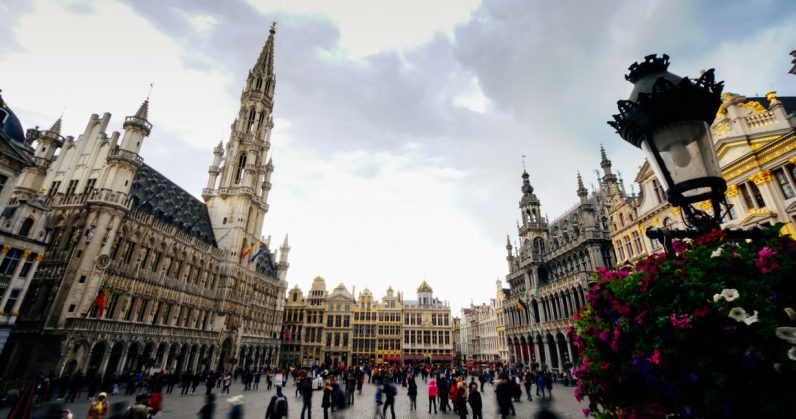 When you think of potential threats to electoral integrity, your mind conjures up all sorts of images. You start to imagine shadowy state actors toiling away from seedy basements in Moscow, or anarchic young hacktivists doing it for the lulz.

In Belgium, they’ve got another potential foe to contend with: the actual polling agents themselves.

It turns out that Belgium’s voting machines store a record of each vote on a USB stick. This drive uses a Linux-compatible filesystem — presumably because that’s what the voting machines themselves run.

What happens when you shove one of the sticks into a computer running Windows? Well, the machine won’t recognize the stick and will tell you to format it with a compatible filesystem, like FAT32.

And what happens when you do that? Well, you delete all the votes, that’s what.

Belgium has it's regional elections this sunday, the voting machines are using USB sticks and store the votes on a separate Linux partition. But the stick should also be used on windows which wil ask the users to format it and so it will delete all the votes. 😮 pic.twitter.com/gKALtXnLiV

A (since deleted) section on a Belgian government website warned against this very scenario, warning: “PAY ATTENTION! Do NOT format USB sticks!!”

“DO NOT FORMAT THE USB STICKS!,” it said. “Click on “Cancel.” If you format the USB stick, the data on it and thus the voting results are erased!!”

It’s not clear what would actually happen if an unwitting agent accidentally erased the votes. One would certainly hope that there’d be a backup, either stored locally on the machines themselves, or better yet, recorded on paper.

But with Belgium’s local elections looming, we may soon find out.

TNW reached out to the local election authorities in Flanders, Belgium, but they have not replied to us at the time of publication. If we hear back from them, we’ll update this post.

UPDATE: In a blog post, the Flemish election authorities confirmed it had originally posted the advice and has since removed it. The main reason for this being that each voting machine contains two USB drives that record the data in parallel.

It also downplayed the risk of an employee erasing voting data by suggesting the prompt might not necessarily appear. This seems a bit suspect to me. As someone who uses both Linux and Windows as my daily workstations, I know this happens. There have been several times when Windows has prompted me to format a drive when, for example, I’ve plugged a Linux Live USB into my computer.

Read next: Blue’s compact Yeti Nano is perfect for rookie podcasters and streamers