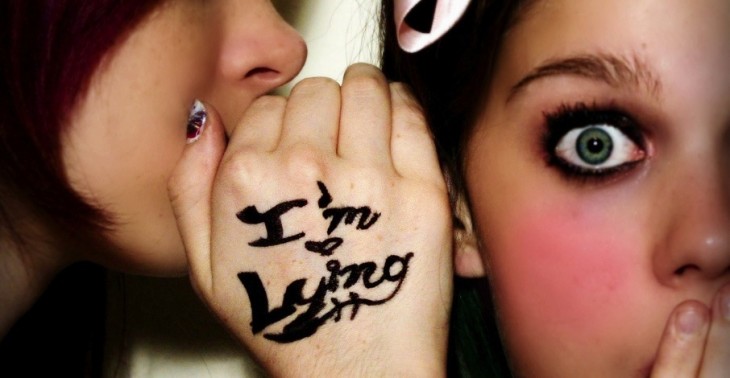 “Trust Me, I’m Lying” author and self-confessed media manipulator Ryan Holiday is a speaker at next month’s TNW Conference Europe 2013. We caught up with him to find out how he marketed his book and what kinds of lies he’s told.

TNW: Your first book “Trust Me, I’m Lying” came out last year. What interesting lessons have you learned from publicizing it?

Ryan: I was stunned – I wrote a book about media manipulation and told the industry exactly how I intended to market it (it was all laid out in the book proposal which leaked online) and you know what, that didn’t affect the book at all. I told people I was coming for them and it still worked. Why? Because too often blogs aren’t about truth, they’re about page views. Nothing gets pageviews like controversy and scandal. I provided those with my books and got millions of media impressions as a result.

I used the system against itself to point out its flaws. Everyone was so greedy with short-term incentives that they didn’t even care. To me, that’s nuts. Just completely nuts.

TNW: What’s the greatest lie you’ve ever told? How was it received?

Ryan: It’s funny – I don’t lie. I hate it. But what I wanted to show with the book was that our media system is very much agnostic to deceit. One of the ways I proved that was with my investigation of HARO (Help a Reporter Out). With no credentials, no effort, I was able to masquerade as an expert and be quoted as an expert source everywhere from the New York Times to ABC News and MSNBC.

Obviously that caused a big reaction. But the response from HARO and the media? They’ve changed nothing. Because they don’t want to give up the secret tools that make their jobs easy and allow them to take shortcuts. Fact checking is hard, tracking down real sources takes time, it’s all expensive. So they’d rather cheat. But what’s stunning to me is that when publicly exposed they don’t even get embarrassed. They’re like: “Yeah, this is how we do things now.”

That’s really scary. Because if I could do it to prove my point–what could someone with a real agenda do? And I don’t think they’ll come clean afterwards like I did.

TNW: You assert in your book that the Web is “hopelessly broken”. In what ways can the average user contribute to fixing it?

Ryan: Currently, we think we’re getting the news for “free” because we don’t pay money for it. In fact, the news is not cheap. It’s quite expensive. We’re paying for it with our wasted time and energy–all the searching we have to do to find good stuff, all the times we read a story and find out later it wasn’t true, each time we’re baited into commenting or angrily tweeting. The web is broken because nobody has paid to fix it. I think the rise of subscriptions and paywalls is a great thing and will drastically improve the quality of the information on the web. It might seem like a pain but it’s worth it–and I hope people support them.

TNW: What book have you been reading? Would you recommend it?

Ryan: I just read an amazing book called The Black Count. Did you know that Alexandre Dumas based his novels (The Three Musketeers and The Count of Monte Cristo) on a real person? And that this person was his father? AND that his father was a former slave from Haiti who became the highest ranking black general in the French Army during the time of Napoleon? It’s nuts. People HAVE to read that book.

Join Ryan Holiday at The Next Web Conference Europe: book your ticket now.

See also: A chat with our first speaker for TNW Conference Europe 2013: Tim Ferriss, leader of the cult of productivity and  “Media manipulator” Ryan Holiday on regrets, ethical blogging and what will kill you

Read next: Vimeo now lets video producers sell and rent their work – and keep 90% of the revenue