With less than five weeks left to The Next Web Conference Latin America, we help you get ready with a new post series that will bring you everything you need to know about this exciting region and our conference’s speakers.

We are glad to announce that young marketing genius Ryan Holiday will be one of the high-profile speakers to join The Next Web Conference Latin America. As you may know, his upcoming book “Trust Me, I’m Lying: Confessions of a Media Manipulator” is highly expected – not only for the whopping $500,000 advance he received to write it, but also for its explosive content.

If you are still wondering why, this trailer will give you a good idea of what to expect:

Ahead of the book’s release on July 19th, we got the opportunity to ask Holiday a few questions about his controversial career and the lessons we could all learn from it.

TNW: Can you please briefly introduce yourself to our readers? Why do you call yourself a “media manipulator” in your upcoming book, ‘Trust Me I’m Lying’? 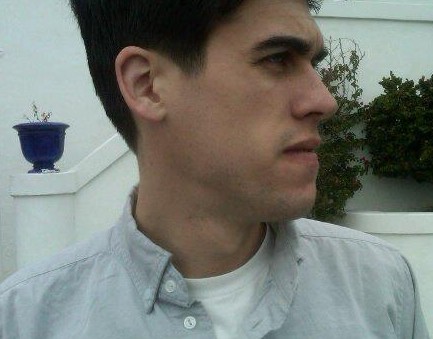 RH: In the book, I call myself a media manipulator, but really I help people get the attention and respect their work deserves. I am the Director of Marketing for the fashion brand American Apparel. In addition, I do publicity and strategy for a number of bestselling authors like Tucker Max, Robert Greene and a handful of others.

I wrote the book to shake up the game of marketing and publicity in a major way. When you play in a system long enough and master it, it get’s boring. That’s what happened to me for the online scene. Now I figure if I set a bomb off in the middle of the party it will make things interesting again. The book is that bomb.

TNW: Do you hope your book will change the system? Aren’t you afraid it could serve as a manual for other manipulators?

RH: I’ve worked within the world of media and Internet journalism years now, and I’ve seen how the sausage’s made so to speak. I wrote a book that exposes exactly how the media system operates and what happens behind the curtain. I wanted to show how easy it is for marketers to control this system and use it to their advantage. I’m encouraging ordinary people to try it–because seeing is the only way you’ll believe it. My belief is that you can’t exhort people into reform. The most powerful emotions for affecting change are: shame, fear and anger.

I think that the book triggers all three of those emotions and that is intentional. My hope is that you’ll read this book, experiment with the methods I detail and then be driven to do something about it. That middle step might make critics a bit queasy but that’s certainly better than preaching to the choir but changing nothing.

TNW: Do you feel remorse for any of your manipulations?

RH: The first half of my book is exactly how to manipulate the media, and the second half is what that means and why it’s bad. A lot of books have been written criticizing how the Internet works, written by academics or out-of-work journalists. But outside of people who really care about media, nobody takes them seriously. So I thought that the most effective way to get my tactics to stop working is lay them all out exactly how to do them, step by step. There’s a lot of self-interested people forgetting the main tenant of journalism—the search for objective truth.

Once the public knows what’s going on, I think it’s going to be a lot more difficult for these self-interested people to make decisions on the readers’ behalf that are really not in their readers’ interests.

TNW: Do you think there is still space for ethical blogging, reporting and PR? What does it take to change the system?

RH: First and foremost it takes awareness. My hope with the book was to show people just how broken the system is. We can talk all day about how great citizen journalism is and how wonderful it is that the general populace is having a say in the media conversation. But I think we need to realize how dangerous a money-driven media system largely based on pageviews can be to actually informing the populace.

I certainly think there is still space for ethical blogging and reporting. There are many, many great blogs in Brazil and elsewhere doing serious, reasoned reporting. But too often these blogs and writers are drowned out by the cacophony of slideshows and sensationalism often called the news now.

TNW: How are you applying what you have learned working with authors and brands to the promotion of your own book?

RH: I learned to really promote and market a book properly you have to start early. There is NOTHING an author can do that will make a huge difference upon launch. Their fate is sealed way earlier in the process (as they say, the game is won in the gym before the game even starts). The authors whose books blow up didn’t approach marketing as some few-week final phase they begin long after they submitted the manuscript. Authors who weld their marketing angles into the first structure of the book and thing about how to sell it and make people talk AS they are writing are the ones who win. I realized this and so I worked to seamlessly incorporate these tactics into my book (without changing the message or the integrity) and to think about marketing/sales from a vertically integrated mindset.

RH: That’s the million dollar question. I’ve got some good ideas in my book…

TNW: Failure is still a taboo in Latin America; would you recommend still recommend young people to drop out of college as you did? How do you overcome fear?

I remember when I dropped out of college. I remember walking to the registrar’s office–I was so nervous. My parents had disowned me, I needed to move to a new city, the girl whose job I stole hated me. Why was I doing it? I’d just helped sign my first multi-platinum rock act and I wasn’t about to go back to the dorms and tolerate reading in the newspaper about other people doing my work. I was 20 years old. The world practically was about to end.

But you know what? I lived. There is nothing that can’t be undone. Just relax. And I’m glad I did.

TNW: More generally, what would be your advice to a young Latin American wanting to go somewhere?

Also, don’t be afraid to fail.

Curious to hear more from Ryan Holiday? Don’t miss his talk at TNW Conference Latin America – there is still time to buy a ticket and join us in São Paulo on August 22 and 23.