In early 2011 I had an idea for a service to track favors. In one sentence I described it as ‘Tracking the economy of favors’.

I envisioned an iPhone app where I could thank you for loaning me your car, and give you karma points for the favor. We have a lot of these ideas and often execute on them. The first thing I usually do is try to come up with a name. I contacted the owner of GetKarma.com in early April 2011 and found out it was for sale for $3,588. I haggled a bit and ended up buying it for $2,000.

We started coding and designing a bit, but I couldn’t really get the interface right and within a few weeks I lost interest and we decided to shelve the concept for a while, until I had a better idea on how to build it.

Fast forward to November 2011. I was at a dinner and slightly bored when I decided to check my email. To my surprise there was an email about Getkarma.com. It contained an offer for the domain name GetKarma.com:

I’d like to offer you $10K (my budget limited, cutting to the chase).

I quickly discussed this with my partners and we all thought it was a great deal. So I responded

You’ve got a deal.
How do you want to proceed?

We transferred the domain name within a few days and that seemed to be the end of it. Then, in May 2012 I read this post on this blog: Facebook makes its first post-IPO acquisition announcement with social gifting app Karma

In the past we’ve also sold Fleck.com for a very nice sum, and several other domain names that were associated with startups and concepts we tried but abandoned. We even funded part of one of our startups in 2006 by selling 4 Web2.0 startups via eBay, including domain names and business plans.

So last week I looked at the list of domain names we have registered over the years and decided to give this another go. We are going to sell off a nice domain name, including our idea for the kind of business you could build upon it, and a logo. We are going to start the sale on just $1 and sell it to the highest bidder, via Flippa.

We aren’t in the business of domain squatting and as I said, these domains were all registered for certain projects. If they don’t sell we will just keep them and re-use them somewhere in the future. But maybe you will see a domain that is really inspiring and maybe you will be able to buy it for a very tidy little sum from us.

Concept Sale of the Week! 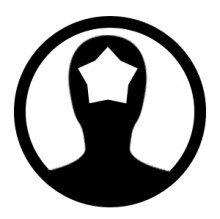 That was a very long introduction to our new Concept Sale of the Week: Userati.com

Userati was an interesting plan we had to make more money from advertising on user-generated content websites. We figured we could analyze users on Twitter and give them a rating based on their profile and tweets (user + Rating = UseRati). That way we could offer an advertiser a bunch of safe (5 star) Twitter profiles and allow them to only advertise on those relatively safe Twitpic or Mobypicture pages. These rated profiles would be worth a lot more than 1 star rated profiles that might show NSFW content, which would be bad for an advertiser.

Anyway, we hacked something together, but we abandoned the project after a while, so today you can buy the domain name including that basic plan and this awesome logo and the starting price is $1:

What that gets you:

Depending on how well this does and how much fun it generates, we might do this again some time. If bidding goes over $1,000, Patrick is going to shower me with champagne and post the photo here. Let’s start bidding!

Check out our new auction for Intermediads.com too.

Read next: MapMyFitness edges past 10m members, and gears up for another $3m in funding