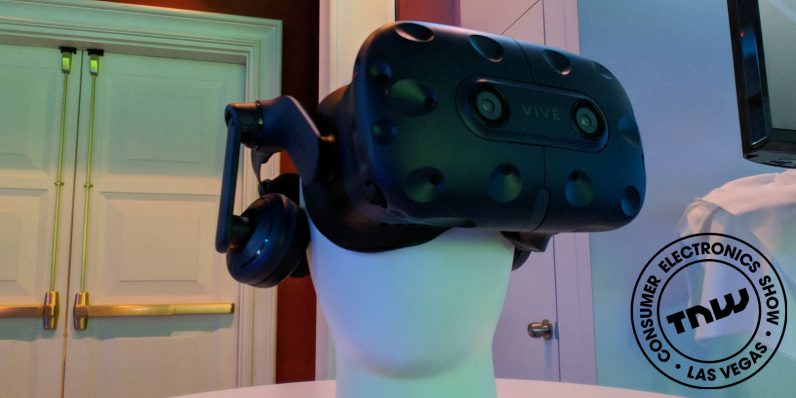 Today at CES, HTC unveiled arguably the biggest leap in the space since the originally hype-worthy headset, Oculus Rift. The higher-resolution upgrade offers not only a clearer picture and more detail, but immersive sound through attached speakers and a new jumping off point into VR worlds called Viveport.

But almost lost in the shuffle of the new headset was a piece of hardware that’ll arguably prove more important to the future of VR: the Vive Wireless Adapter. The adapter replaces the convoluted mess of cables that used to protrude from the back of the headset. Gone is the tether, replaced with a single, router-looking device that sits atop the headset and connects via WiGig to both the headset and the controllers.

If we’re nitpicking, it’s not completely wireless; you still have to plug the adapter into a small battery, but it fits comfortably in your pocket and effectively eliminates the PC tether of the previous Vive.

Today at CES, I was lucky enough to be one of the first to try both the Vive Pro, and the new wireless device. 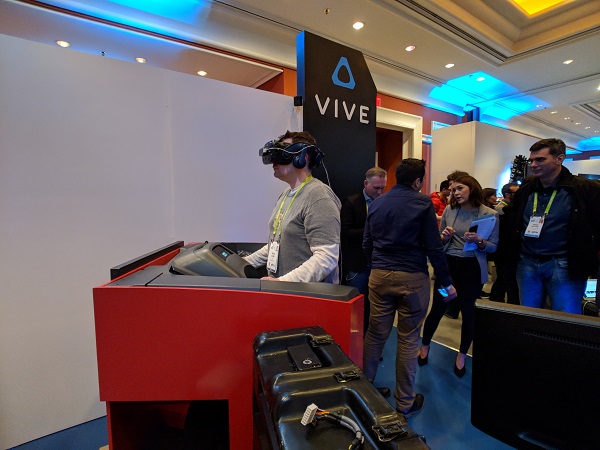 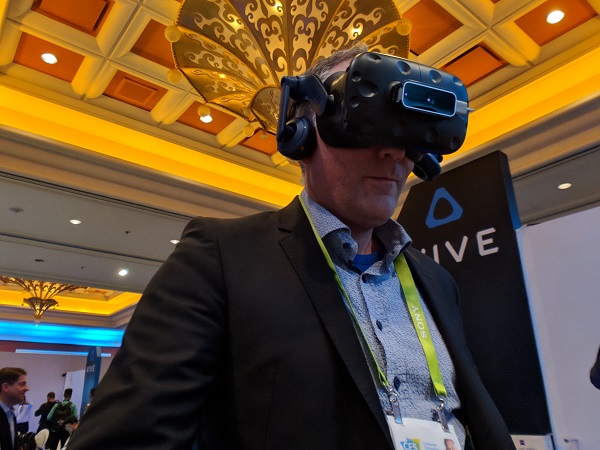 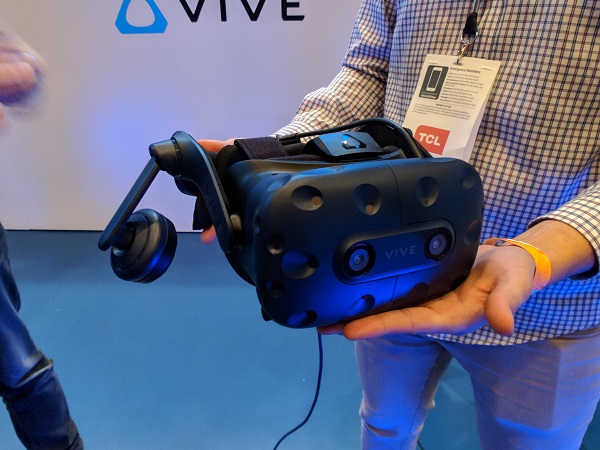 Over the course of several demos I drove a race car, disemboweled hellspawn in Doom, and piloted a forklift in a training simulator.  I heard many a giddy reporter comment on the improved resolution, some even going so far as to call it a game-changer. But it’s not, at least not yet. Bumping the resolution in its two OLED screens from 2160×1200 to 2880×1600 was indeed noticeable, but calling it a game-changer might be a stretch.

Still, though, it’s a 70 percent increase in resolution, including a  bump in pixel density from 490 PPI to 510. It’s not nothing.

Technical upgrades are inevitable, these are the sorts of challenges you can trust will improve over time. VR’s biggest problem is what it always was: struggling to find an identity.

But back to the event.

The combination of Vive Pro and the new wireless adapter is a formidable one. It’s actually a leap we expected Oculus to make with its headset event last year. Instead we got the $299 Oculus Go.

What remains to be seen is the level of adoption by consumers who thought the existing Vive was too heavy. Now you’re adding built-in headphones, and (possibly) a router-like device to the already hefty device. In my limited experience, the device certainly featured added bulk (with the adapter), but the weight difference was negligible thanks to the slimmed-down Pro offering.

HTC would seem to be firmly in front of the pack, at least for now.