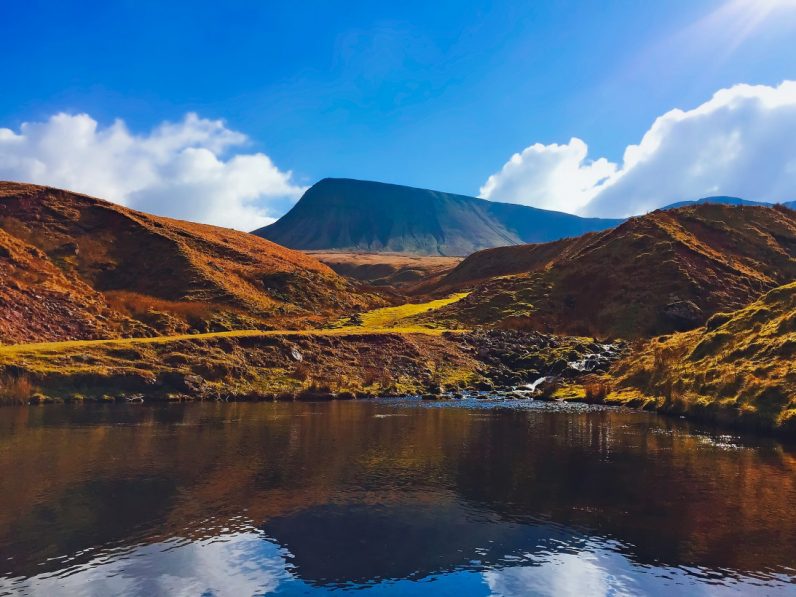 Britain isn’t all gloom, rain, and Slough. If you escape the city, you inevitably come across some picturesque scenery that wouldn’t look amiss in a Peter Jackson movie.

Co-op Insurance, one of the UK’s biggest insurers, asked veteran motoring journalist Colin Goodwin to pick out Britain’s best roads, and then turned them into a series of calming virtual reality road trips.

You can take a drive through the gorgeous Brecon Beacons National Park in Wales, or visit the undulating and breathtaking Cheddar Gorge, in Somerset, without actually having to step outside your house. Or owning a car. Or even knowing how to drive.

Soft piano music accompanies the footage, which is available in full 360-degrees 4K video. So, should you see something particularly lovely, you can “turn” your head to look at it some more.  And if you own a Google Cardboard headset, you can watch them in full VR.

“We had a filming team out on the road for an entire week to capture a perfect run of each road – driving the roads repeatedly to get the best footage,” explained a Co-op Insurance spokesperson.

The Virtual Road Trips falls into a genre of content that’s becoming increasingly popular. These films lack a narrative, and exist to lull you into a sense of relaxation. On Netflix, for example, you can watch an entire seven-hour train journey from Oslo to Bergen. Similar content is available on YouTube, as documented by The Guardian.

If you’re curious, you can check out the Co-op’s Virtual Road Trips here.

Read next: Why working long hours is unprofessional and inefficient